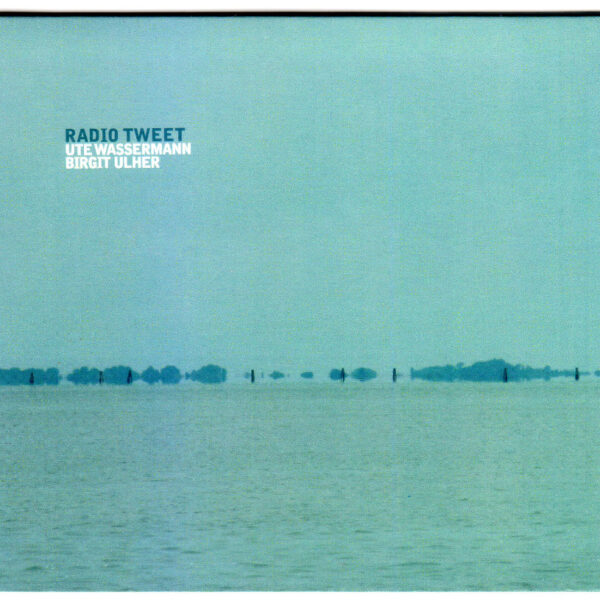 Radio Tweet (CREATIVE SOURCES RECORDINGS CS 335 CD) sees two talented German performatrices making some lively improvised sounds together in the studio in Hamburg…Birgit Ulher is no stranger to the house of TSP, recently heard for instance with fellow Hamburgian Gregory Büttner on Araripepipra with her radical approach to playing her trumpet, while Ute Wassermann was recently name-checked as part of a Gary Rouzer review. True to its name, Radio Tweet does showcase birdsong effects – evidently one of Ute’s specialities is using her vocal skills to imitate bird whistles, but this is just a small part of her impressive training and craft: since 1984, she has “developed many special multi-voiced vocal techniques, catalogued by register, timbre and articulative sequences”, according to the bods at Mode Records.

Birgit Ulher’s principal skill is to create small, compacted, but very busy sounds; using her trumpet and radio set, plus small objects, she is the cat that creates many a rattle for Ute’s cage. Providing an understated and fluttery set of abstract instrumentals, the duo don’t really let rip with anything especially noisy or agitated except perhaps for ‘Demodulation’, where Ute growls like an angry African parrot while a symphony of 18 tea-kettles are blowing their spouts behind her. There’s also the astonishing ‘Radio For Birds’ at the end of the set, a slightly alarming roarer which would make a good alternative soundtrack to Alfred Hitchcock’s 1963 masterpiece. Indeed, the very title Radio Tweet is suggestive of two modes of communication – one old-school analogue, one contemporary digital – coming together for multiple modes of expression.

Ute is – along with Hanna Hartmann, Andrea Neumann, and two other women – one of the five Femmes Savantes, a collaborative project active since 2005, whose members are capable of tackling jazz, improvised music, sound art, and modern composition, doing so in an extremely democratic manner. I can well believe, hearing Ute’s taut delivery here, that she regularly fulfils one of Femmes Savantes USPs: “the performer’s body becomes the instrument”. From 26 November 2015.