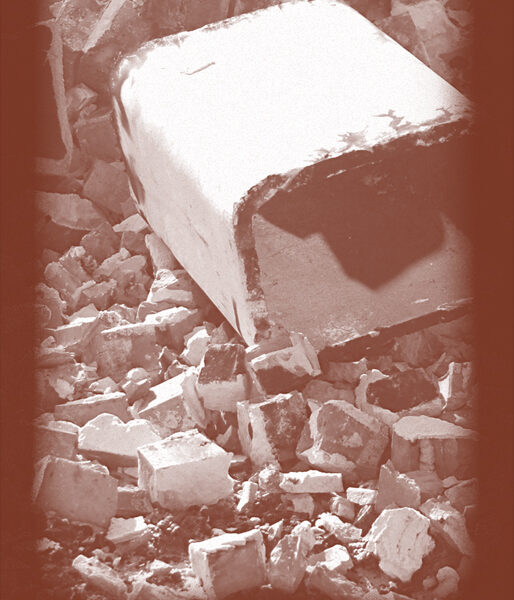 Kate Carr, It was a Time of Laboured Metaphors, The Helen Scarsdale Agency, cassette HMS035 (2016)

Well, blow me down, I’d never heard of Kate Carr until this year 2016 and I discover she’s from the same city where I live (Sydney) … but then she’s travelled a great deal over the years and currently resides in Belfast. On her journeys, she’s picked up a great many field recordings of all sorts – nature-based, urban, echo, mechanised or just background ambient – and incorporated these into her music which is of a fragmented and structurally unstable kind. Despite the title, there’s hardly anything laboured about these particular tracks with their whimsical titles. How do you say adieu with an avocado and where do I save my blushes? Do the bells in my bedroom in Berlin toll for me?

Although there are eight tracks, the music is best heard as one continuous soundscape of mysterious shape-shifting drones, echoes, crackles, bumps in the far distance, chirping birds and other noises that together might suggest a world of post-collapse abandoned Ballardian concrete forests and labyrinths, where all that can be heard is distant birdsong echoing off hard grey surface, or a murky underwater territory existing beneath the soil and rock on which we walk. The character of the music is shadowy, introverted and sometimes evasive, and the mood often seems very wistful, as if trying to reconnect with the intangible spirit world that birthed this strange creature.

You can play this cassette over and over, and something new always seems to come out of it. The only thing I hate about this recording is when it ends, because the jump back into reality is so abrupt and uncomfortable that I almost feel jetlagged. That sure says something about how entrancing Kate Carr’s secret world is.