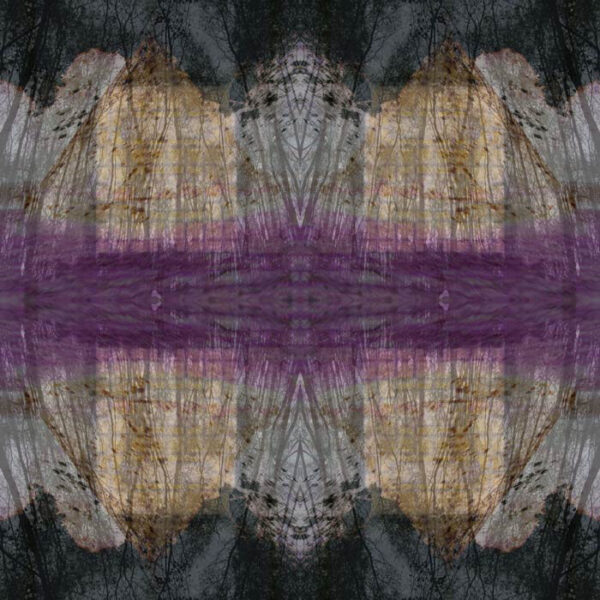 We were sent the Warrior Squares album Volume One (NO LABEL) by band member James Weaver…happy to note this unusual record, even though it’s a download-only release, because the wonderful Geoff Leigh is here, playing woodwinds, vocals, and electronics. Leigh was in Henry Cow, but also a friend of Alvaro (The Chilean With The Singing Nose), as we discovered in our Alvaro interview; his partner Cathy even contributed vocals to Alvaro’s debut LP. I’m pleased to see that Geoff is still active, and I think continues to play in The Artaud Beats with Chris Cutler and John Greaves. On Volume One, we also have the drummer Paul Gardner (a.k.a. The Astral Lodge); guitarist James Weaver (Saxon Chambers); and the bassist Nick Weekes, who performs as Ted Versicolor and as a member of Thismachine. Gardner and Weaver also play live electronics, of which there’s a lot on this album of live improvisations, recorded at Broadoak studios.

The album displays various aspects of the band’s improvising prowess; only one track, ‘Laser Ln.’, resembles anything like the lively and angular art-jazz that Geoff Leigh fans might recognise. A lot of the remainder is mostly atmospheric and spooky drones, abstract textures punctuated with Charles Hayward-inspired moans and groans; ‘Crystal Square’ for instance is so spaced-out and skeletal, it’s almost desolate. ‘Concrete King’ feels like a threatening trawl around an urban wasteland, and Leigh turns in a hostile, snarling vocal that does nothing to reassure the lost explorer here. ‘Merkatoria’ is another abstracted murk-fest that leaves the listener stranded off the map, and ‘Longshore Drift’ is a ghostly drone unfolding in near-darkness, only illuminated occasionally by the melodic trills of Leigh’s flute. It’s also kind of interesting when he riffs his fluid sax lines over the more abstract backdrops provided by the rest of the group, such as we hear on ‘The Pelham Rotation’. A rather uneven album overall from this East Sussex combo, but their sound has flashes of originality, and this is worth investigating. From 4th November 2015.