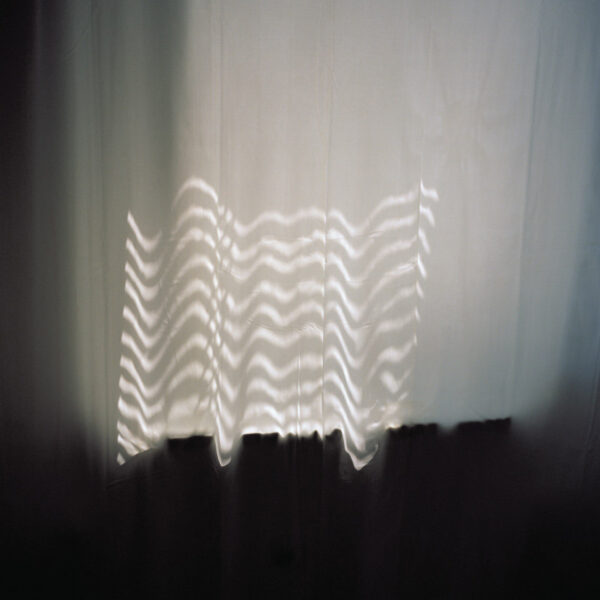 Last noted Berlin sound-artist Lucrecia Dalt with her puzzling album Syzygy in 2014, a record of electronic music layered with fragmented texts delivered in a fragmentary manner…it was hard to discern her meanings, but I expect the important process was activating the mind towards trying to understand it. No doubt Lucrecia Dalt has a very ambiguous relationship to the idea of “communication”. I bet if she sent you an SMS text, it would take you three days to figure out that she was suggesting meeting up for coffee.

Her new album OU (CARE OF EDITIONS C/O – 5/6) contains no texts at all, so one way of looking at the progress of this singular creator is to mark her movement away from conventional form. To put it another way, she (apparently) used to do somewhat more traditional song-type material when she started out, but she’s following a path towards something ever more elusive and abstract. Her label Human Ear Musik, and the company of other marginal sound artists, has encouraged her to tread the lonely path towards self-discovery, this “exploratory zone steered toward the inner universe”. This said, there are some vocal elements audible on OU, but they are just additional sounds in the mix; it’s as though she is setting out to deliberately pare away any meaning, starting with the spoken word. Some tentative gasps “ooh-ooh-ooh” are all she is prepared to vouchsafe by way of communication.

The conceptual framework for OU is cinema, believe it or not. As part of this “inner universe” thing, she started screening movies in her studio, including works by the German feminist and writer Helke Sander, who made such challenging films as Love Is The Beginning Of Terror and Invisible Adversaries. Dalt is probably not the first artist to dream of being lost in the projection beam, but it’s a good starting point; I wonder if she did them as purely private screenings, for her own solitary meditation? The cryptic cover photo to this release also evokes a cinema screen, although it’s more likely to be sunlight visible through Venetian blinds, projecting a pattern onto the net curtains. This image goes some way to expressing the insubstantial nature of Dalt’s work here, which is fragile and very fugitive; and also conveys the idea of distancing, indicating the small but important barriers she puts between herself and her audience.

You may of course listen to this record and hear not much more than some nice electronic sounds, some analogue, along with the brief appearance of Danny Meyer’s sax and Max Bach’s clarinet, heavily processed on one track. However, there’s a lot of subtlety and understatement in Dalt’s thoughtful work, and I’m prepared to believe there’s a structure and meaning buried within these wispy anonymised sounds, hiding behind a mysterious nexus of allusive riddles and clues. From 26 November 2015, released 8 December 2015.