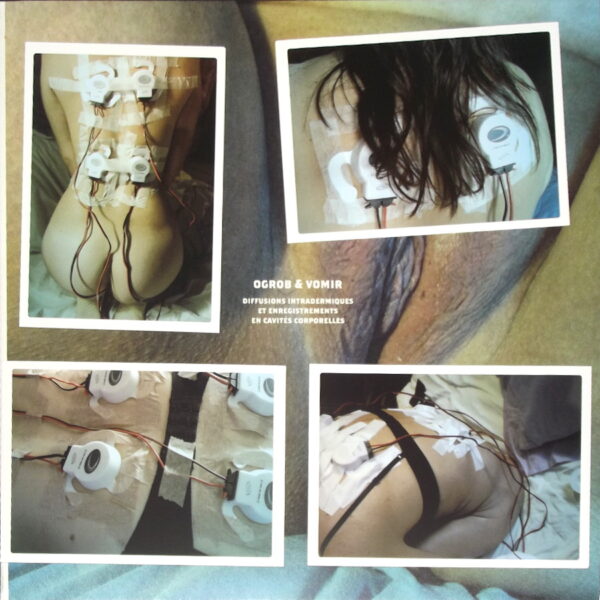 Here’s the notorious “microphones in the vaginas” record…Ogrob (Sebastien Borgo) and Vomir (Romain Perrot) teamed up to create Diffusions Intradermiques Et Enregistrements En Cavités Corporelles (ÉDITIONS VIBRISSES IISS 02), and Vomir is credited with the “bruit” while Ogrob did the recordings and the production. This unusual sound art experiment involved attaching loudspeakers to the ribcages of the volunteers, and placing hydrophone (underwater microphones) inside the vaginas; the idea was to create an acousmatic / playback event of internal bodily sounds, even making the bodies behave as transmitters or loudspeakers in some way. Just in case you found it hard to visualise the set-up for this experiment, the creators have kindly included a set of full colour postcards with the release…it’s almost possible to read these images as a cross between clinical hospital photos and some species of depraved pornography.

If you’re an avid fan of harsh noise genres, you might have noticed the frequent links between extreme noise and hardcore sex, and the considerable number of cassettes and CDRs that have been released in the history of harsh noise that feature somewhat unwholesome and misogynistic cover art. [1. Take for instance, the 1994 compilation Extreme Music From Japan and its cover paintings by Romain Slocombe. I gather these images have their origins in a bizarre form of porno whose consumers take a twisted pleasure in the sight of women in bandages, made up to look like they’re injured.] However, this record is not really noise and it’s certainly not porn. Perhaps surprisingly, it’s also a rather dull listen…although the images are striking, the sound art in the grooves is rather ordinary and samey. Four different women took part in the experiment (assuming this is how we interpret the names on the back cover), yet there’s nothing to tell these people apart, based on the available aural evidence. Nor does it seem to make much difference where the loudspeakers and microphones were placed; we can’t, based on what we’re hearing, discern much about the human anatomy or its behaviours. In short, nondescript quiet droning sounds are all that result from this process-based work.

Nevertheless, as a conceptual art statement, there is something about the work that persists, and is memorable. In like manner, the single-minded statements produced by Vagina Dentata Organ in the 1980s are of the sort that somehow make a significant impact on the culture, even when the records themselves aren’t much to listen to. In like manner, I expect this record to achieve a certain notoriety, and at time of writing there are only 50 copies left from the 300 print run. From 13th July 2015. 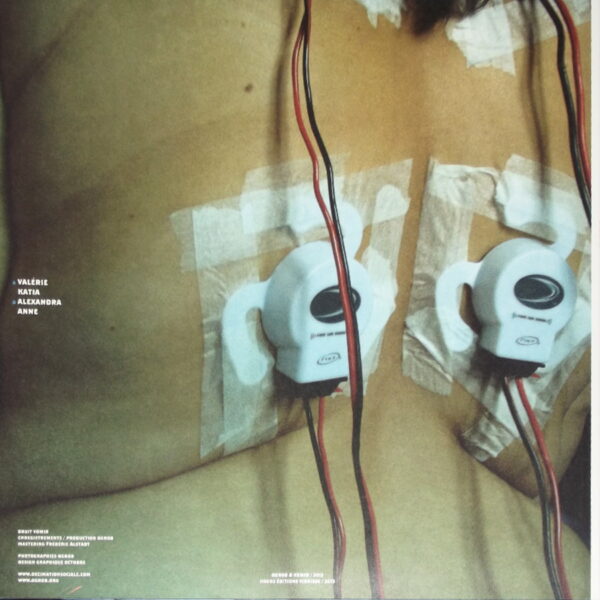