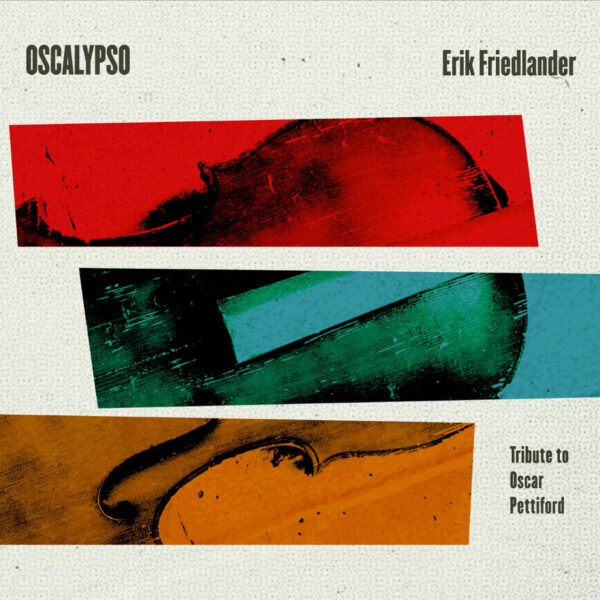 American cellist Erik Friedlander continues his musical mission to reinstate the name of jazz great Oscar Pettiford to the pantheon; you may recall his Broken Arm Trio record from 2009, whose title was derived from an anecdote about Pettiford, and even then Friedlander was describing the jazz bassist and cellist as “an untapped resource”. On Oscalypso (SKIPSTONE RECORDS SSR22), Friedlander is joined by the same rhythm section – bassist Trevor Dunn and drummer Michael Sarin – while sax player Michel Blake completes the quartet. The record comprises their versions of nine Pettiford originals, and given the dates when Pettiford was active, this can’t help but reflect his bebop and hard bop roots, and as such it’s very melodic and perhaps the least “avant” of any record I’ve heard from the talented New York improviser Friedlander. But it’s also very upbeat and entertaining, and full of warmth; Friedlander’s obvious devotion to his hero truly shines forth, as he aptly describes the compositions as “elegant…buoyant…savvy and joyful”, adding “you can’t help but smile when you play”. The same goes for the listener. As to Michael Blake, I found his style a little smooth for my liking, but there’s no doubt he’s the perfect man for this job; his 2014 CD was a tribute to the music of Coleman Hawkins and Lester Young, both contemporaries of Pettiford. Pettiford’s innovation was such that he was the first player to lead a band from behind his cello, which even in the jazz of the time (1940s – 1950s) has to be something of an innovation. Apparently he even called his own son “cello”. If Keiji Haino did the same, he’d probably need to raise a family of at least 50 offspring.
From 30 October 2015.