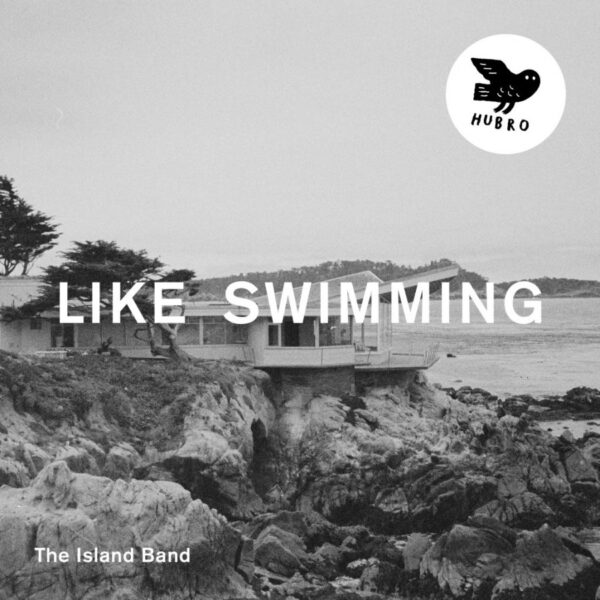 Norwegian composer Lars Myrvoll produced The Island for the Safe As Milk label in 2009, and we recall it as a collection of languid sounds producing a kind of dream-like atmosphere, while half telling a story in the form of a vague concept album. Impressively, he took several years to create that introverted musical statement, working in his bedroom and using inexpensive overdubbing methods to build up layers of acoustic guitars, flutes, voices, and so forth in service of his personal vision of paradise. Conversely on Like Swimming (HUBRO MUSIC HUBROCD2553), he’s now working with several other musicians (a long list from the “Norwegian’s music community’s innovative usual suspects” as the press notes have it), and is doing it in a proper recording studio. The budget has increased, more people are involved, but Lars Myrvoll is still in pursuit of rendering in sound his idealised tropical island of solitude. To that end, the release is credited to The Island Band.

12 instrumentals and songs segue into each other (actually it’s more like a controlled blending, as soft edges blur and smudge like watercolour paintings), are mixed with appropriate sound effects such as the sea, surf and seabirds, and create an extraordinarily vivid picture of a dream-like, serene and happy zone away from the cares and responsibilities of modern life. Like Swimming is a little uneven – it does contains passages of genuinely innovative and beautiful sound production, but is also informed by a lot of “good taste” in the melodies and surface that make it a bit too sweet; and the songs are, for this listener, disastrous attempts to produce contemporary radio-friendly pop music that completely ruin the otherwise calming mood. The musicians and players are exceptionally able however, and include members of noise/rock groups such as Moha and Ultralyd, alongside Hubro favourites such as Splashgirl.

Not bad; it reminds me of Mike Oldfield’s Tubular Bells in more ways than one, an all-instrumental project which begins life as a total solo recording and then grows into a showcase for other talented musicians. From 30 October 2015.