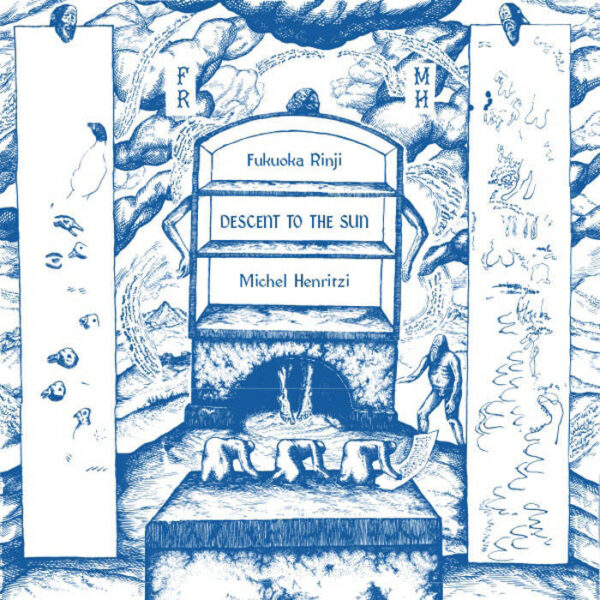 Descent to the Sun (BAM BALAM BBLP 021) LP sees Michel Henritzi pit his lapsteel guitar against the electronic violin of a regular sparring partner, the Japanese player Fukuoka Rinji; they produce nearly 43 minutes of continuous, noisy drone that appears to made from an alloy of solid metals. Very little variance across the two scrapey sides; a harsher, less psychedelic update on Vibracathedral Orchestra of yore. You’ll feel heroic just for enduring ten minutes of this squall, full of sleet and hail. Beautiful cover art by Wouter Vanhaelmeesch makes the outing appear profound, mystical, strange; wisdom may drop from the skies as you listen. From 10 Dec 2014, on a Bordeaux record label. You can also hear the same two musicians paired up on Berlin (AFP 053), a cassette tape from Anarcho Freaks Production. This is described as “guitar n violin muddy blues”. We’ve had this here since 10 December 2014. This time the cover imagery is a black and white photographic print and depicts, in out of focus glory, a stroll down a Japanese street. Although it’s not raining, the music makes it feel that way. I’d like to think this photo was taken in the 1960s, but it wasn’t.

Michel Henritzi rejoins Junko, another old sparring partner, for Behind The Door (BLOSSOMING NOISE BN063CD) – a set of studio performances showcasing his twangiest Western-style Hark Marvin guitar, played in a free form style but still carrying traces of country and western echoes in each gloomy note; on top of these melodic backdrops, Junko squeals in her most insufferable tones, sounding like a wounded African parrot in its death throes. I really cannot abide to listen to this for longer than I need to. Of interest: they do a Suicide cover version (‘Cheree’), and the album has a vague film noir theme implied in the song titles and the keyhole image on the cover. Nice screenprinted cover is by Makeup Diaries. From 1st October 2015. O’Death Jug is Michel’s duo project with Christophe Langlade who we last heard with The Ballad Of Sad Cafe. They both play guitars and lapsteel guitars on Dusted (DYIN’ GHOST RECORDS), and the cover art is intended to evoke a romanticised, idealised vision of the Old West through its monochrome charcoal sketches of Monument Valley. The tune titles on Dusted do likewise, with frequent references to the weather, the sky, horses, trains, and shadows. Like the cover images, the music is curiously empty; not a human soul in sight to disturb the isolated serenity of the landscape. You should be able to detect faint echoes of blues, country, rockabilly, folk, and other American guitar genres in the music, but their meandering improvisations stay mostly on the side of formless and impressionistic. From 27 May 2015. 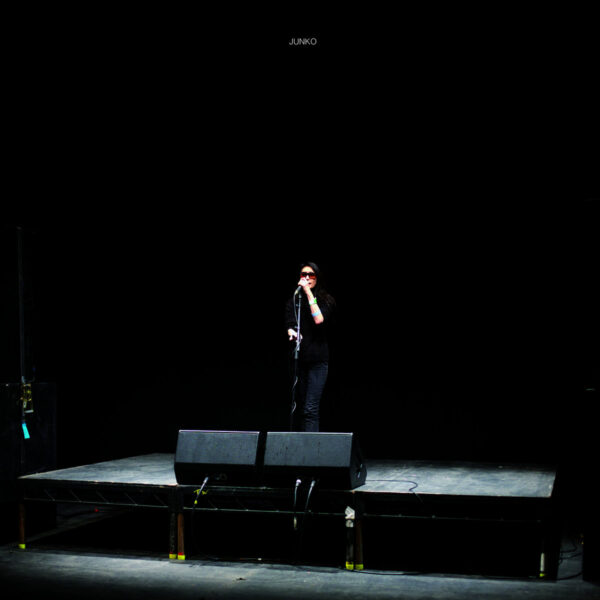 Pictured, not yet heard: THE VØID (ERRATUM 011) by Junko. Two studio tracks recorded in Paris by Joachim Montessuis; it’s her second solo album since Sleeping Beauty. I think that front cover image alone tells you a lot about the woman and her music. The photo was taken by Alex Woodward, not in Paris but in Tramway at Glasgow. I think I have been to this venue and it’s every bit as claustrophobic as it looks; its clammy walls are guaranteed to make avant-garde music feel like a death sentence. From 2nd September 2015.