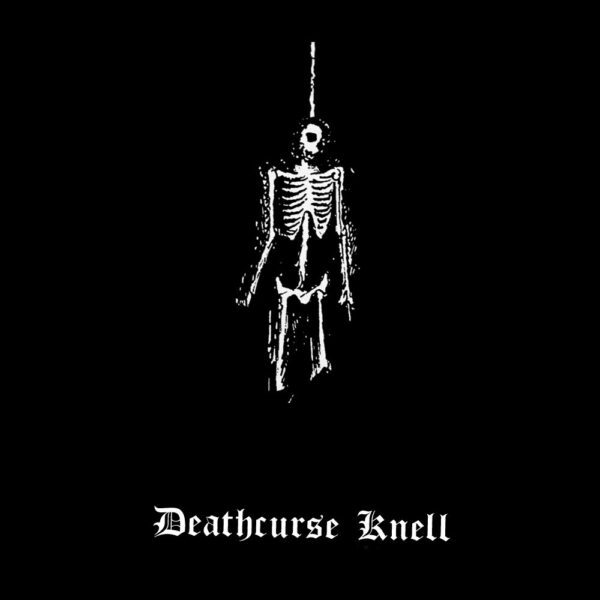 Oregon-based duo Cold Frozen Grave has so far released two cassettes of depressive BM, of which “Deathcurse Knell” is the band’s second release. With a name like Cold Frozen Grave, it’s a wonder the musicians found enough warmth in their tombstone environment to be able to play and record anything, let alone two small tapes, so we should be grateful that from time to time the guys deign to send us missives from beyond the grave.

True to the band’s name, “Deathcurse Knell” is an icy frigid work, solemn and slow in pace and as bleak and bitter as subarctic winter tombs. Abrasive guitar distortion gives a raw and chilly edge to the band’s style and the vocals might have come straight out of an eternal ice blizzard raging on a distant planet. First track “Hypnotic Death Knell” rates high on the Severe Depression level of depressive BM for its deliberate leaden delivery: everything moves as if cloaked in an invisible fog of hopelessness. Basically revolving over and over on one riff loop, the track progresses slowly up to about two-thirds of the way when doom bells start booming and there’s the tiniest hint that the music might go off in another direction.

“A Tale of Curse and Plague” is equally minimal, repetitive and deeply depressed, until about halfway where it descends into an even deeper and blacker funk. Amazingly the band actually manages to climb out of its hell-hole, only to fall into it again. Well, you just can’t keep good depressive BM down … or up, I should say.

If you want extremely depressed BM, so much so that even being on life support with no hope of recovery would put you in danger of being happy, this music was made just for you. This is the recording for which descriptions like “monotonous”, “listless” and “deathly” are compliments rather than criticisms. With this level of music, the challenge is that the musicians stick to their chosen path without keeling over in a mental breakdown – that might introduce some variety and thus some interest – and they have done so very stoically and admirably. Theirs is a lonely musical journey that not even their mothers would love.