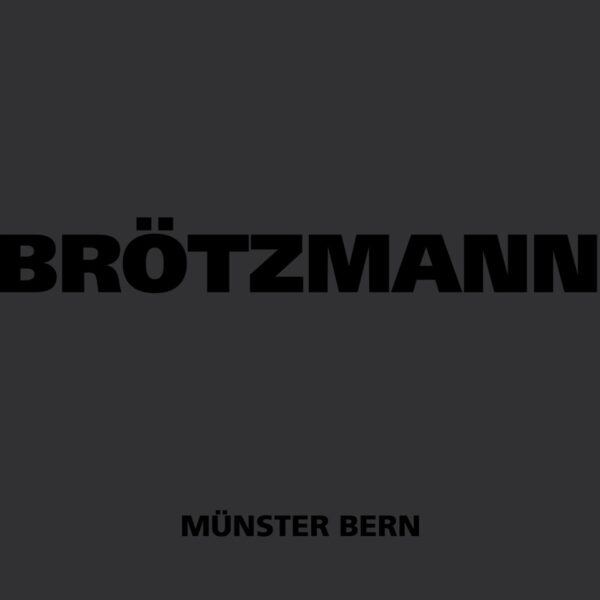 In which we find a centuries-old gothic cathedral overwhelmed by a horde of one in the shape of sax brutarian Peter Brötzmann. Said disc was recorded at ‘The Festival for Improvised Music’ in October 2013 at Münster Cathedral in Bern, Switzerland, before what appears to be a smallish congregation who are unsure whether vociferous appreciation is the done thing in a place of worship. No such doubt over volume ever crossed the mind of Herr B., rest assured. In fact a building such as this offers the perfect setting for an experiment or two in sonics; not to completely shake the walls, but to occasionally bounce a series of roughly hewn notes off them. Especially so on the longest improv “Crack in the Sidewalks” in which his initially mournful cries build to a cluster of choking goose honks that rebound off the rafters as a form of call and response, between Brötzmann and ghost Brötzmann. This effect also comes to the fore on “Chaos of Human Affairs”, but these red-blooded tenor blasts, seemingly channeling the spirit of Albert Ayler, could never equal flautist Paul Horn’s experiments decades earlier, where his playing in the Taj Mahal yielded echoes with a ridiculous, almost impossible delay. Nice try though.

The bass clarinet is dusted off for “Move and Separate”, those breathy wingbeats little preparing the listener for a trail of ether-bound shrieks and screams. And remaining with the semi-exotic, on “Bushels and Bundles”, his playing of the tárogató (a soprano sax/english horn hybrid, with origins in fifteenth-century Hungary), appears to have a quote from the bewitching “Nature Boy” sewn into it; that hit from the dream state, penned by Eden Ahbez and sung to utmost perfection by Nat ‘King’ Cole.

This, Peter’s fifth ‘one man and his reeds’ project thankfully maintains his attack, attack, ATTACK! philosophy and offers a more confrontational and spikey counterpoint to the more considered nature of the Brit solo jazz pack (Watts, Coxhill, Parker et al).