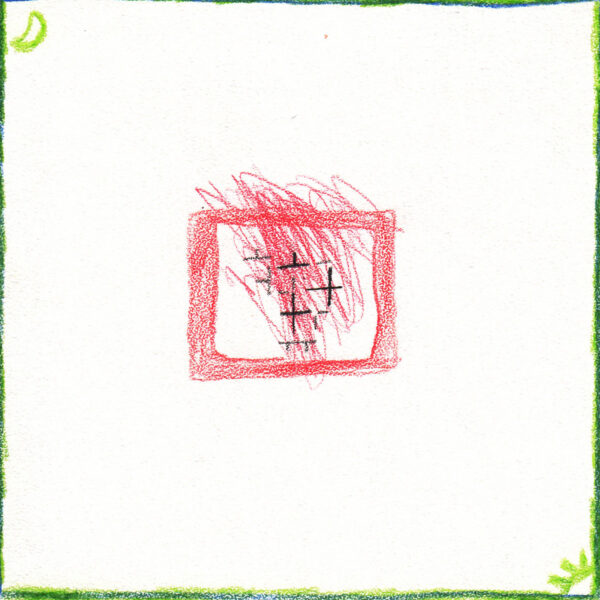 SR021 has a non-title that prints as llllllllllll – on my copy of the cassette, it’s written as a series of loops, like someone practising their penmanship and not getting very far with forming the lower-case letter e. Forsteppe and 231 is a collaborative team – Egor Klochikhin is Forsteppe, and 231 is described as a “family group”. The case of 231 is rather unusual; they seem to be a middle class family of architects in St Petersburg, who have been making documentary recordings of their family at home. From this process, they see fit to call themselves a family group, and they’ve apparently released seven albums of their output on Bandcamp. I haven’t investigated – frankly it sounds downright creepy to exploit your children in this way. Forsteppe makes lightweight ambient tunes out of toy instruments, objects, and field recordings – he also works at home, and so the label is trying to propose the present release as an interesting join-up of two related yet unrelated projects. Utterly banal from start to finish, say I; boring domestic sounds and chatter of no possible interest to anybody, yoked with twee and sentimental musical mush. I’m surprised to find this drivel released on such an otherwise radical and experimental label. 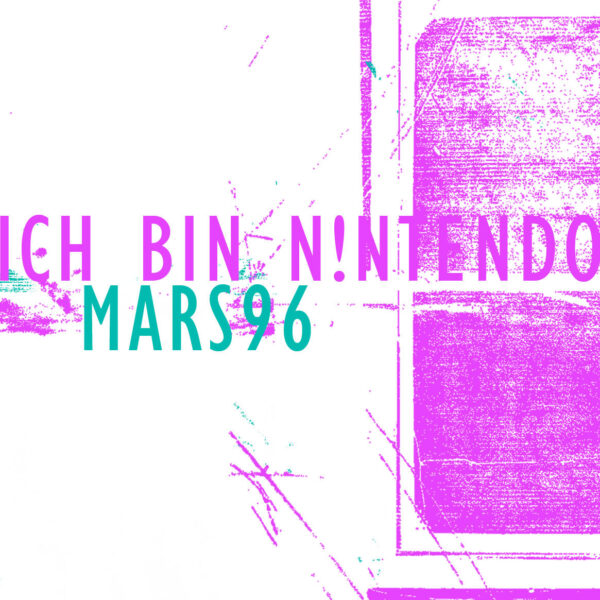 We fare better with SR022, which is a split between Mars-96 and Ich Bin N!ntendo. We’ve heard the odd record from Ich Bin N!ntendo, a trio from Norway who play guitar bass and drums with reckless abandon, and are great at warbling and shouting nonsense vocals on top of their energetic leapy work. Their team-up with sax monster Mats Gustaffson won’t be forgotten in a hurry, but they’ve also made a studio record – well, recorded in their rehearsal space – for the Van Fongool label in Norway. The four tracks here however are live recordings, captured from their recent tour of Japan. It’s the best I’ve heard from the Ich Bin men. Unadorned primitive noise, spirited percussive bashing, feedback squalls, joyous screams. If you can get past the surface clutter you’ll discover there’s quite a lot of structure and drive to really engage the mind and ears. In a lot of ways they remind me of mid-1980s English bands like Stump and Bogshed, who created a sort of messy and slightly ugly punkified guitar noise combined with elements of anything-goes free playing. Ich Bin N!ntendo are less stilted than Stump though, and have a sense of playfulness and absurdity that comes in loud and clear on these four untrammelled slices of raucous rough-housing. Great.

On the other side, four studio recordings by Mars-96, the rock group from Palmira. We’ve heard, I think, all of their previous published statements for this label; they come across slightly different every time, at any rate my immediate impressions of them vary from one tape to another. At one time they seem angsty and restless in the manner of a 1970s New Yorker, next time they’re downtrodden and alienated like a gritter version of some 1980s English shoe-gaze band. Here, they showcase many different musical styles – “improvised noise rock, no wave, psychedelia and drone” according to the website, and all of them delivered convincingly in one-take spontaneous outbursts where you can hear the amplifier hum buzzing and almost hear the band thinking as they decide what to do next. Abrasive, inventive, a jolt for the senses; each song ends very abruptly, adding to the sense of fractured communication.