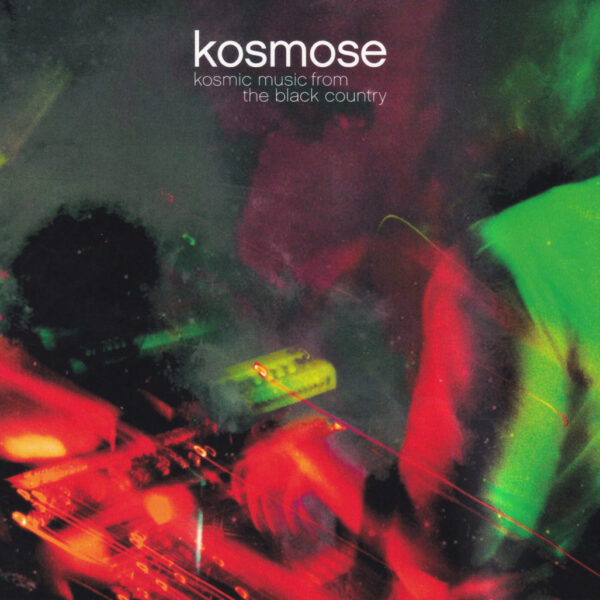 This double-CD release rounds up all known private recordings of Kosmose, a lesser-known Belgian band who made their own form of free-improvised cosmic music in the 1970s. Some of its members may be known to you through later Belgian bands: for instance the keyboard player Alain Neffe and the drummer Guy-Marc Hinant went on to form Pseudo Code in the 1980s, whose work has crossed our path very tangentially; and Neffe went on to create the Insane Music cassette label, home to all sorts of unfathomably strange Belgian art music (often involving his own contributions), by I Scream, Human Flesh, Cortex, Bene Gesserit, and others – and at least 25 volumes of the series Insane Music for Insane People. But before that, there was a band called SIC founded in 1969, just at the dog-end of the hippy culture’s height, which was led by Kosmose’s bass guitarist, Francis Pourcel and the guitarist Daniel Malempré. SIC grew into Kosmose as more members joined, including Alain Neffe, and “attempts at home-made and experimental music” were made in 1971. However, what’s represented here is 11 tracks of free-form trippery from 1974 to 1978, made on an open-reel tape recorder; and most of the music is performed by the core trio of Pourcel, Hinant and Neffe, with occasional guitar solos from Malempré or Paul Kutzner when present; however, Kosmose want to stress they were a collective and had “no specific leader”.

The label proposes this music was consciously influenced by Kosmische Musik from Germany and evolved into “a purely improvised form of noisy free jazz”. I found it heavy going. Despite some moments where the combo manage to lift themselves off the ground, the music trudges and plods where we’d prefer it to soar in the air and glide through outer space. There are superficial resemblances to Gong, Pink Floyd, and Tangerine Dream, which unfortunately only serve to remind us how much better these commercially-successful bands did it. Kosmose’s improvisations are rather dull, staying in the same key for long stretches of time, and the lead instrumentalist generally struggles to find an original or unexpected statement that might lift the band out of their self-made quagmire. The sound of the band has few surprises, too; the guitars, bass and drums sound much the same as many other workaday third-division prog clumpers from the period, and Neffe’s unimaginative use of strings organ and synthesiser routinely fails to provide any excitement to the music. The comparisons to improvisation and free jazz don’t really stand up; there is little evidence that Kosmose understand extended technique, or were aware any of the adventurous ground-breaking work that was done in UK improvisation in the mid-1970s. Terms like “improvised” and “free jazz” are used carelessly these days. The most we can say for Kosmose is that they shared a collaborative form of playing open-ended rock music that didn’t depend on rehearsals or charts or 12-bar boogie.

The “Black Country” of the subtitle refers to Charleroi, a municipality of Belgium where the band originated, and from which they didn’t budge; the dozen or so concerts Kosmose played did not venture outside the Charleroi area. It used to be a thriving city of heavy industry, called the Black Country because of the coal basin, and the workers produced steel, metal and glass; but these industries were starting to fail in the 1970s, leading to economic depression, unemployment and crime in the 1980s and 1990s. The parallels with my own country’s coal industry (and that of others) are sadly all too apparent. However, if members of Kosmose felt any disaffection or political unrest, it’s certainly not reflected in their music, which is solipsistic to the point of being vacuous. None of the tunes have any titles, and they are pretty much vague abstractions, whose central purpose is about the band burrowing into themselves, taking comfort in the warmth of meaningless free noodling. I would say this attitude is clearly shown in the sleeve notes which contain many paragraphs of reminiscences by the band members; but what they talk about is how they rehearsed, played, interacted with each other, speaking of “a silent form of alchemy made its way through our music-playing bodies”, and similar guff. I’d like to learn more about how (if) they assimilated and learned from the music culture of the 1970s, but that is not discussed in much detail; they appear to have absorbed it all by osmosis, and then spent their musical career feeding off each other. They never signed with a label and never had a record released.

Not unpleasant to listen to, nor do I begrudge them two CDs of materials – they clearly needed 18-minute sprawling jam sessions just to get warmed up. But the stunted ambitions of this group don’t make for a rewarding spin. A rather disappointing set of flabby, introspective music by not very distinguished musicians. From 31 December 2015.