Bien Mental (FOU RECORDS FR-CD 12) is another unique slice of improvised music from the French label Fou Records, and it’s a team-up of the Algerian Jean-Marc Foussat, the French accordion player Claude Parle, and the Portuguese viola player João Camões. To my mind all three are practically outsiders…not exactly part of the star system of improvised music, coming into the arena through different personal pathways, and not even entirely sure if they want to align themselves with the precepts of the genre. Camões, for instance, was classically trained at the Conservatoire in Coimbra, and only found out the joys of free playing after he moved to Lisbon and got out on the streets; he prides himself on his “physical approach” to the instrument, and blends his classical skills with free playing techniques. Foussat is not unknown to us…we interviewed this lovely fellow in an early issue of the magazine, and though his releases may be sporadic and uneven, they always find a place in our heart. He’s a VCS3 player and can be very noisy with that instrument. His Marteau Rouge project enabled him to take that noise on stage and deliver slabs of analogue racket in the public arena. While he’s also known as a sound engineer – he recorded many improvisation gigs in the 1980s, including one or two for Company Week – he owns himself a shy and reclusive fellow, and in his printed bio here states how he started out playing the guitar but found instead he enjoyed the solitary pursuit of programming the synth, working with ruled paper and “trafficking the tape” as he calls it. As to Claude Parle, he would like to refuse any sort of classification, and likewise had a classical training which he pushed down a jazz route, and also diverting his skills to perform with visual artists, actors, and dancers – a path which some improvising “purists” might be reluctant to pursue. But Parle clearly welcomes collaborations, and it’s evident they do something to free up his creative juices. In maverick fashion, he claims he’s trying to develop his own language of playing, which he calls “direct music”. He’s not even certain if he really plays the accordion; his instrument is a prototype experimental device built for him by an Italian maker, and he’s still not totally satisfied with it.

What happens when three wayward and obstinate types of this nature join forces? The results are Bien Mental, or “totally bonkers” to use an English idiom. Three long pieces of extremely maximal and busy improvisation, but a music that’s also well removed from anything resembling aggressive, free-form, clattery and over-done improvised music. There’s a certain conviction and depth in all the playing that makes the music feel right, with a strong centre of gravity, and even if the notes are flying like sparks from a dynamo this is not some ephemeral Catherine Wheel of noise; there are indeed traces of classical structure, understanding of musical notation, and even detectable elements of this new language which Claude Parle is still attempting to formulate. I suppose this all points to an exciting journey of discovery; the musicians are still inventing new things, and not quite sure what they are exploring. They may be trying to access areas which have not already been chewed to pieces by the teeth of the other improvising jackals which roam our over-crowded musical forests.

Summary of good points, then: a very good sympathetic encounter session between like-minded musicians and men with strong personalities, each with refreshing and unusual ideas about new directions for improvisation. An attractive sound; strange musical forms, but the blend of electronics, viola and accordion creates pleasing effects, bizarre detuned drones, and bittersweet combinations of noise/music, structure/chaos, and abstractions/tunes. A controlled, directed energy; the music doesn’t rush to a climax, but walks over its terrain with purpose and focus, with an undeniable weight and force behind it; the listener is happy to join this journey, rather than finding themselves confronted with a welter of angry, overly-complex tones and busy playing. Excellent piece; I sincerely hope these three can coincide again. No wonder they look so excited and triumphant in the inside photograph. Foussat and Parle in particular look as though they’ve just found buried treasure. Maybe they have. Maybe they feel compelled to share the joys of going “bien mental”. From 5th January 2016; many thanks to João for sending this. 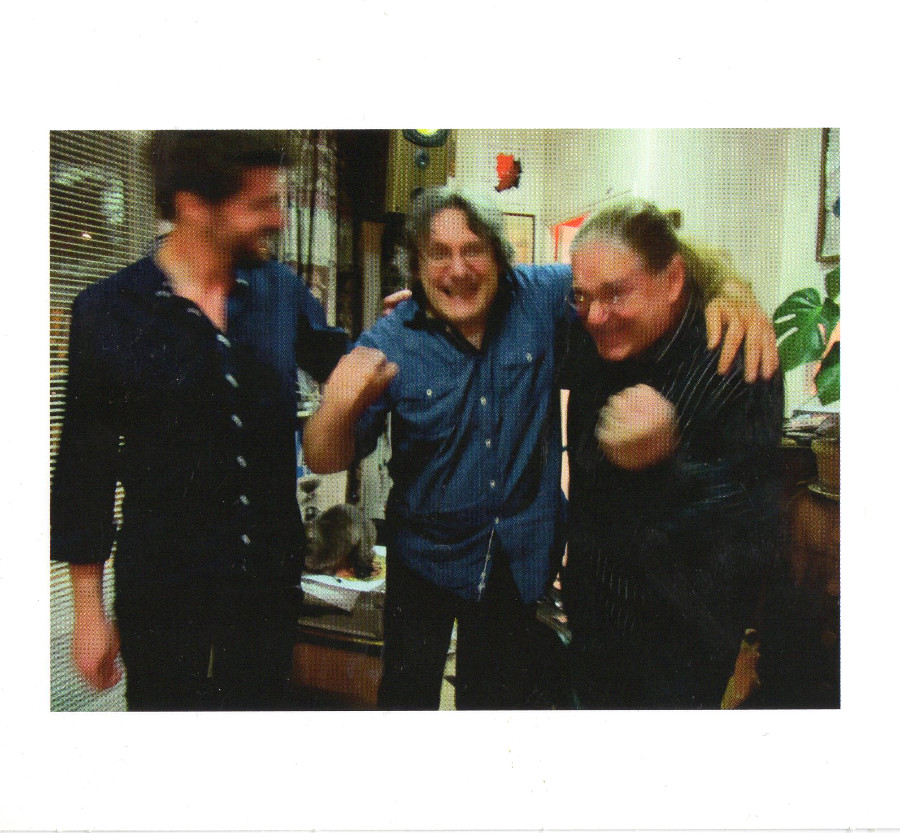