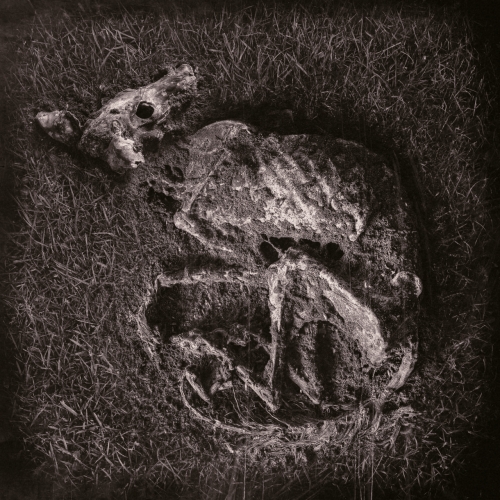 I’m finding much to enjoy on this 20th anniversary reissue of Semtex (ICI D’AILLEURS IDA111) by The Third Eye Foundation. My satisfaction may be due to the large amounts of distortion and noise, and effects which veer close to heavy metal excess, aspects which satisfy my cravings more than the omnipresent and insistent trip-hop beats which propel this famed electronica album. I say famed, though it’s part of a 1990s scene which has largely passed me by. My loss, though. Matt Elliott is one of those highly talented prodigies who was performing and working in his teenage years, DJing at certain Bristol clubs even when by rights he was too young to be drinking, even. He forged his skills through DJ work and in the milieu of Revolver Records, a record shop that was evidently quite axiomatic in brewing the elements of the stormy Bristol melting-pot of talent, of which I can only count myself familiar with The Pop Group and, to some extent, Tricky and Massive Attack. Elliott was active by 1993 under his Third Eye Foundation name, also appearing on albums by those dreary ambient-spacerock types Movietone and Flying Saucer Attack, besides performing in the band Linda’s Strange Vacation; this name was also used for Matt’s record label which lasted for about five minutes in 1996, but managed to put out 3 albums and a single during its brief span. Including the original issue of Semtex, with some financial support from Domino.

So far it seems that Elliott’s musical education derives from playing records and a highly social night-life, rather than learning to sing or play an acoustic guitar. One has the impression of a hungry artist with a lot to say, a hunger which is often reflected on the seething and slightly nasty textures of Semtex. What appeals to me is the slightly squalid circumstances of the album’s creation, made using someone else’s four-track tape recorder and done in a squat. The naïve Elliott also didn’t know how to use headphones, and managed to permanently damage his hearing while mixing his album. While my favourite tracks here are the aggressive and abrasive shots ‘Sleep’ and ‘Still Life’ which open the record and destroy all opposition in a hail of machine gun fire, there’s a lot to be said for the dreamy stoned-out slow-beat tracks such as ‘Once When I Was An Indian’ and ‘Dreams on his Fingers’, which appear to be drawn from the same template as used by Massive Attack; a delirious mix of dub, tranceiness, and disturbing ambient tones, all arrayed in an open-plan setting which has absolutely no dependency on traditional rock verse-chorus structure or blues-based 12-bar forms. An observation one could make about most dance-based music, I’m sure; Richard Cook was even saying it about the first Frankie Goes To Hollywood album in 1984.

A strong set of paranoid dub, electronica and beats; I have the original album six tracks on my promo CDR, but this French reissue offers an incredibly generous collection of 23 bonus tracks of rare and unreleased material, some of it retrieved from cassettes and demos, now spread out across six sides of vinyl and a four-track CD. Since originals are quite desirable now, this largesse is welcome. From January 2016.