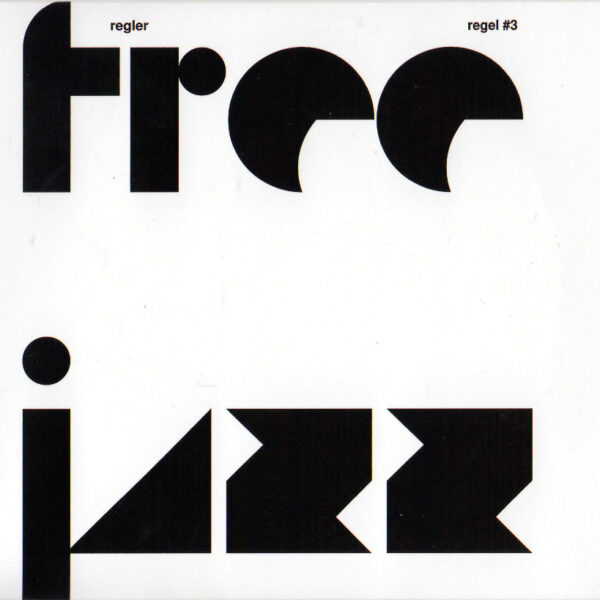 We’ve had the double disc by Regler in the bags since November 2014, but it’s recently surfaced due to various physical office moves and related events. Regler may be based in Stockholm (this record was recorded there) and seem more of an idea than a band – at any rate the core membership seems to be drummer Anders Bryngelsson and the Basque mischief-maker, Mattin, playing his guitar. The record Regel#3: Free Jazz/Noise Core (TURGID ANIMAL RECORDS) is an attempt by the band to demonstrate they can follow a scripted rule, which is not unlike the way that some conceptual or Fluxus-inspired composers of the later 20th century used to work. In this case, the rule is “play as hard and fast as possible for an hour”; on the first disc, the results are in a style they call “free jazz”, and on the second disc they call it “noise core”.

For the free jazz event, they’re joined by Henrik Andersson (who has previously made art records for Firework Edition, and is a member of 8kHz Mono, an experimental synth band published by Progress Productions) playing the bass, and Yoann Durant (from Suel and ONCEIM) on his saxophone. I found it remorseless and off-putting, which is probably the point, but for all the wrong reasons; the noise they make here isn’t especially unpleasant, but the performance is empty and mechanical, and it doesn’t take long to realise we’re hearing people simply banging their heads against the bars of a cage. No development, no interaction, no ideas, and above all no freedom; just ruthless obedience in pursuit of the rule, or “regel”. It has nothing whatever to do with Free Jazz, and you’ve only to compare it with recordings by Cecil Taylor, Alan Silva, or a record like John Coltrane’s Ascension, to perceive the musical shortcomings of Regler. But I expect they all know that; given Mattin’s general enmity to what he regards as the music establishment (and its audience), it’s likely this is an assault on good taste, a sarcastic riposte to free music and free improvisation in all its forms. If I am right, then I would claim it’s rather degrading to insist that the listener must sit through one hour of insincere nonsense that makes such a simplistic and narrow point, hammering it home relentlessly. 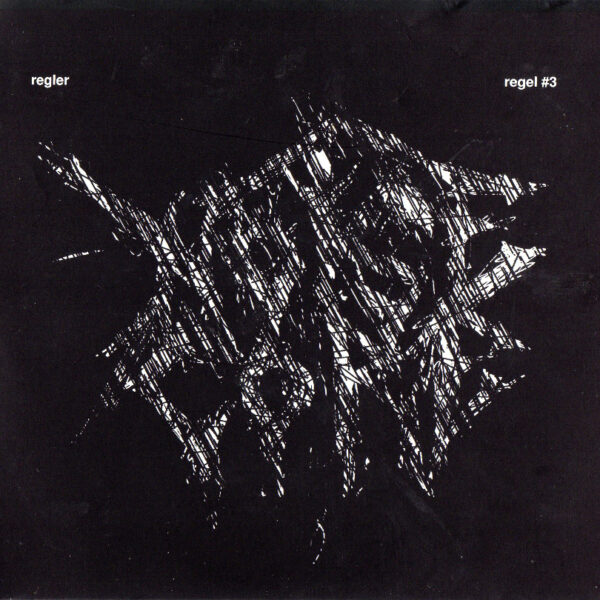 For the Noise Core disc, once again Henrik Andersson joins the players with his bass; we’re now dealing with a more conventional “rock” group, once again playing as hard and fast as possible for an hour. I wonder if it’s legitimate to ask questions about the rule itself? “Hard and fast” is a phrase that is certainly open to interpretation, yet I don’t sense that the musicians here are making much of that opportunity to ask questions. Based on the available evidence, “hard and fast” appears to mean the equivalent of pushing the acceleration pedal to the floor, while driving a truckload of concrete through the streets. But even a speeding truck arrives somewhere eventually. Regler just grind their gears in neutral for a very long time. Likewise, why “one hour”? What’s special about that duration? At any rate, I liked this one slightly better than the “free jazz” record, but it still feels ersatz, with nothing like the depth and oomph that we’d get from even a fourth-rate Doom or Stoner band. It might be the “conceptual art” context that puts me off, with the Anti-Copyright slogans pasted on the cover, giving the impression of an art prank by intellectuals talking to themselves, instead of trying to engage with an audience in some way. Even the cover art is a lazy parody, showing what Regler think the average Black Metal logo looks like. Not enough sincerity here, an over-thought anti-art statement using music in a shallow fashion. Boo.