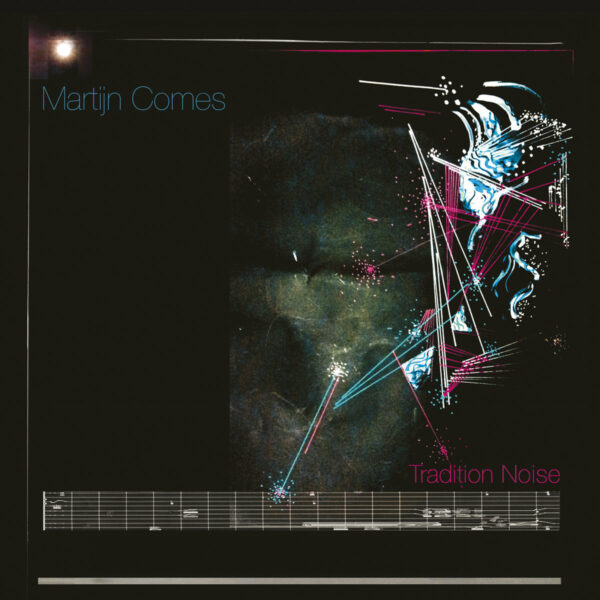 Martijn Comes is a Dutch composer with an academic background, and has studied interesting areas of sound design, digital media and electro-acoustic composition. Tradition Noise (THE SILENT HOWL HOWL010) is his latest album, following from some file-based internet releases for Panospria and IO Sound, which show his interest in contemporary music forms such as ambient, Techno, and dance music. Tradition Noise uses samples, in a very splintered mosaic fashion which he admits is inspired directly by John Oswald and the Plunderphonics genre; his source material is music, especially rhythmic music, from the Middle East and Greece.

The label notes stress that Comes has detailed knowledge of these sources, and wishes to respect them and their contextual integrity; at the same time, he wants to make new music out of them, create “sparkling new universes of sound”. This is his way of “making sense of his cultural habitat”. The music that results across these eight tracks is, to my ears, about 80% reworking; I can only detect faint traces of the original source materials, but that’s a superficial assessment. I’m prepared to believe the music contains a deep understanding of the ethnic traditions that Comes intends to simultaneously preserve and update through his digital interventions, and that the rhythms we hear are not exclusively informed by the drum machine and the dance floor. His splintering technique certainly creates rich tapestries of sound and much variety, drawing impossibly complex skeins and interlocking grids of electronic noise, and it’s impressive how the extremely fragmentary method occasionally manages to produce coherent-sounding musical forms.

There’s still something rather academic and lifeless about the exercise, though, and I’m not sure what information we’re deriving from the results. None of Comes’ original musical sources are cited, so we don’t know what he derived them from; and the abstract cover art doesn’t really communicate anything about the project at all. The release has two remixes tagged on the end, one by Chad Mossholder of Twine and another by Daniel Ruane; both of these are rather ordinary electronica exercises, and contain little discernible trace of the original concept. From 1st February 2016.