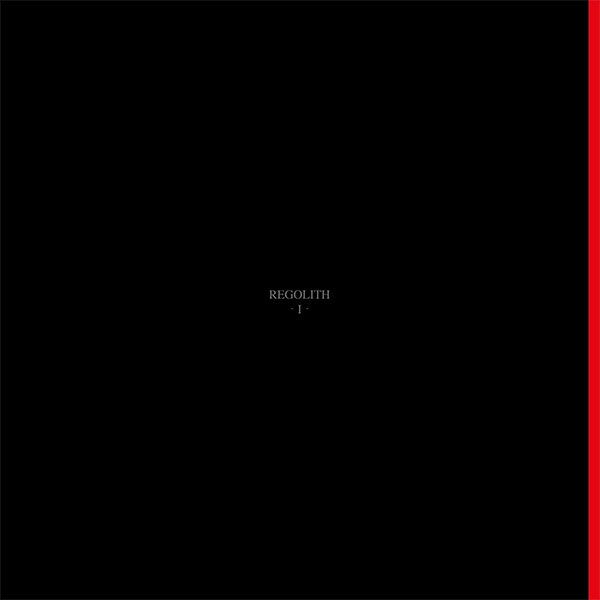 Four sides of claustrophobic electronic doom-drone from Austria by Regolith, on their double LP I (ROCK IS HELL RECORDS RIP67). When I first encountered this dismal monster I thought it might be coming from the direction of heavily amplified drone rock and have some tangential connections to stoner, doom and death metal. But the team of Christian Zollner and Richie Herbst clutch no guitars in their gnarled fists, and instead do it all with synthesizers and effects, especially the reverb effect, and it may make more sense to align them with The Skull Defekts from Sweden, whose brand of crunchy analogue noise is likewise most addictive if you want a colder, European version of the Wolf Eyes thing.

Regolith don’t have much of a long musical history, although Herbst has played with Fs Massaker Trio, allegedly playing some form of dangerous and anarchic free jazz crossed with confrontational noise, and is connected with the Austrian label Interstellar Records. Regolith have previously dipped their monstrous toes in the swampy lagoon of noise on various split releases on cassette and CD with Kern Quehenberger, Stephan Roiss, and others, but it’s clear that I is intended as a monumental statement of their intentions and craft. The four long tracks have titles such as ‘Platinum’, ‘Comet Tails’ and ‘Star Trails’, denoting a firm commitment to the immutable power of elemental metals, and likening their music to a fatal sojourn in outer space. Neither concept is remotely original. But you’ve got to respect Regolith’s pessimistic take on the outer space thing. They clearly see the cosmos as a dark, cold and lonely zone, from which there is no escape; they anticipate being sealed in a coffin and doomed to orbit the galaxies forever.

Their noise is painfully slow, and development is painfully gradual; but by the ten-minute mark on each of these beasts, you’ll be impressed and horrified at the degree of harrowing pain and creeping menace that has been invoked, putting you in fear of your very life. The total mummification of your mind, body and spirit is Regolith’s plan, bringing you to a point of complete paralysis through a combination of noise and despair. Pretty intense…from 26 February 2016.