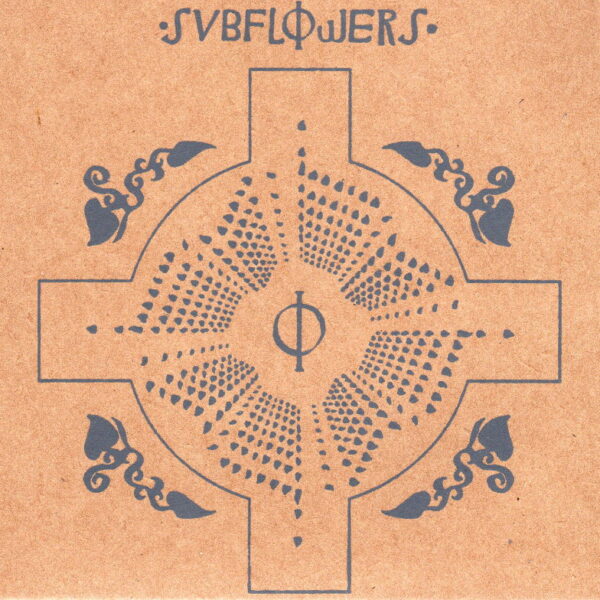 We haven’t heard that much from American sound artist Kim Cascone over the years, and what little has passed our ears has struck me as abstract and opaque in the extreme. We heard his understated computer duetting with Domenico Sciajno on Bowindow recordings in 2009; and his The Knotted Constellation from 2011 was just plain baffling, a walk through an imaginary landscape without benefit of a map. His anti-musical celestial forces for the Storung label in 2009 contained low-level VLF recordings, and thus might be a tad closer to today’s offering Subflowers ? (EMITTER MICRO EM 007), which is an extremely minimal and utterly abstract piece of process art, which may be exploring sub-bass and supersonic tones in a systematic way. First he does it in the “lower region” for 34 minutes, then in the “upper region” for a further 21 minutes. If I was a patient in the hands of a doctor, I’d feel thoroughly examined by now, though I’d be reassured if he could use slightly more specific anatomical terms to refer to the corporeal areas.

In the uninformative insert, he refers to something called the “phi scale”, which I first guessed might be some method of dividing sound tones in a microscopic way that would keep Tony Conrad happy, but it turns out to be something to do with measuring the size of grain, and comes to us from earth science rather than the science of sound. However, I find that the second piece has been performed at STEIM, where it was described as “interference tones using intervals tuned in just intonation performed in total darkness for a meditating audience.” Just intonation was used by The Theater of Eternal Music, so my Tony Conrad guess wasn’t too wide of the mark; doing it in darkness is something Francisco López would approve also. The quasi-mystic cover art seems to pick up on the meditation theme; while not as rich as your average tantric image, it’s probably shooting in the general direction.

The Berlin label Emitter Micro continue to surprise us with each release, but this one feels like it’s being very true to what I would perceive as label owner Kris Limbach’s overall defining aesthetic – minimal, low-level tones, with an insistence on process as a major part of the composition, with results that aid contemplation or stimulate thought. 33 copies were produced of the black CDR and the cover is printed by silkscreen. “Limited and handcrafted” is the label’s description of this release.From 23rd February 2016.