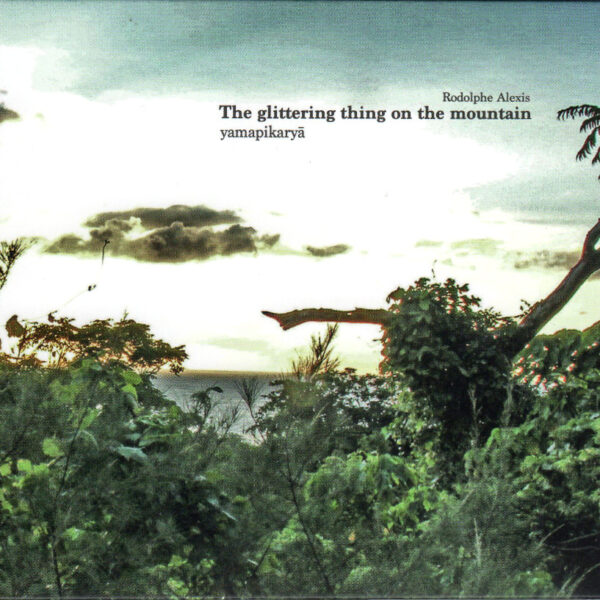 The work of French-speaking sound artist Rodolphe Alexis has been previously documented in The Sound Projector; his contribution to the duo OttoannA’s ‘cohesive and varied – if hardly electrifying – sound-art soup’ Federated States of Micronesia provided our reviewer with some diverting hours of listening. However, while the many field recordings under his name remain largely unknown to us, little guesswork is needed to form an idea of his product, so long as this captivating natural survey is representative.

Fulfilling a personal vow in July 2014, Alexis took his recording equipment to Iriomote-Jima, the southernmost island of Japan and a former coal-mining area, where jungle covers 90% of the ground and the Tropical Biosphere Research Centre (and its accompanying roads) is one of the few signs of human presence. Home to many distinctively Japanese species of wildlife including the ‘famous leopard cat named Yamaneko’ (mountain cat), local legend alludes to the existence a larger feline variant whose eyes are known as ‘the glittering thing on the mountain’; a phenomenon that lends this CD its name. Which community begat this testimony is not stated, nor is the cat itself scientifically documented, but so equally menacing and mysterious is the image that it was chosen to contextualise Alexis’ document. To my ears however, only the latter aspect is strongly in evidence.

Which is not to castigate Mr. Alexis, for this is an achievement in itself. An enviable slew of international residencies and a steady stream of soundtrack work for nature documentaries suggest that cohesiveness and reliability are as much Alexis’ stock-in-trade as his modest arsenal of high-end microphones. He is methodical and curious about his environments and what exists beneath the false veneer evident only to the dull and over-gratified human senses. He does not seek to overwhelm, only to portray nature’s beautiful equilibrium as clearly as we might be permitted to appreciate in an appropriately receptive state, and from there to establish the less evident connections with our more ‘civilised’ realm.

Thus it appears in the opening chorus of cicadas whirring at dusk, whose electrifying harmony is periodically punctuated by a renegade wave of a more vociferous individuals in the same way that an otherwise serene electric composition can be momentarily uplifted by a distortive event. This feat is not a one off and is repeated by a chorus of brown and tree frogs in the second track; their song overlaid by an owl’s staccato chirping to its young, and reminding that even in environments we might suppose to be ‘idyllic’, the perennial conflict of interest between mass and individual is maintained at full-strength; each offering the other potential for new and fruitful new directions of development.

Is it from such balance that our composers and artists draw inspiration? Or do such influences permeate our actions on an unconscious level so that our works exhibit its traits in manifold yet ultimately identifiable ways? And from where has man acquired the notion that he is somehow distinct from these forces?

Such lines of enquiry open to me as I bathe in the steady waves of sound brought about by calm winds, the cawing, twittering avian multitudes, splitting/sploshing mudskippers, the river’s early morning whispers and even the screeching of a ‘Megabits party in the backyard’. Indeed, if Alexis’ recordings are to be believed, one might experience a level of enveloping comfort in the early outposts of nature’s own unspoilt territory, and recognise that nature’s equilibrium is our true home.

But we know this to be a falsehood: mother nature, while beautiful, is also merciless and even from the other side of the speaker, we must be aware of the level of personal discomfort that Mr. Alexis experienced while capturing these exotic and intriguing recordings. Such is the inherent beauty and mystery of the accompanying photography that we may wish to have accompanied him. And thus we might remember that within us all there lingers a hushed desire to experience life ‘on the wild side’.