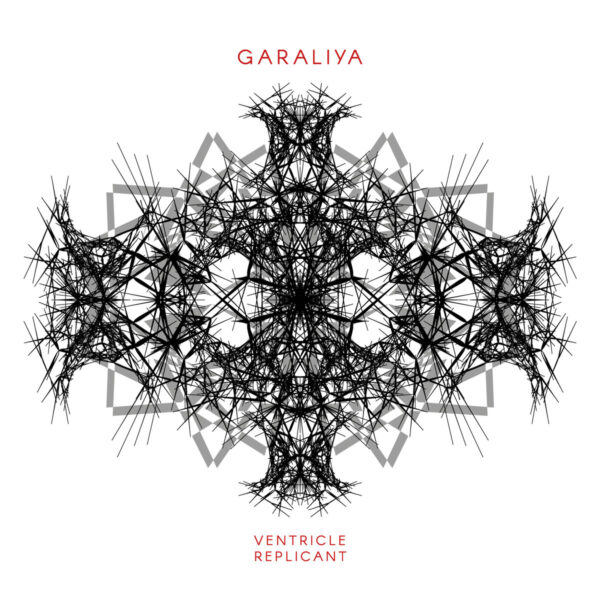 Ventricle Replicant (KVITNU 44) is an EP’s worth of electronica tunes by Garaliya, a mysterious duo based in Lodi in North Italy. With track titles like ‘The Roboteer’, ‘Replicant’ and ‘Z-Clones’, one has the impression of a certain science-fiction influence clouding the brains of these two, flashing cues from the collected works of Philip K. Dick and William Gibson. Their take on avant-techno may be informed by grim dystopian visions to some degree, but interestingly the music is very basic, stripped-down, as if foregoing any attempt to represent the 25th century through Technoflash dazzle and layered productions. Instead, the beats are basic and lumpen, the sounds are metallic – almost as heavy as lead. To listen is to walk on the moving sidewalks of a futuristic city clad in ungainly metal armour.

Garaliya further complicate the experience, refusing to present the listener with a smooth uninterrupted flow of music; not a second goes by without the pair scrambling the surface elements, throwing the beats off-centre, and generally disrupting the linear direction. “Insane moving sonic blasts”, to use the words of the press release, “crushing everything on their way”. Received 8th February 2016 – recommended for those with a taste for the morbid and the slightly violent. And if you want additional crushing in your life, you might want to investigate Garaliya’s 2014 release Reforged for the Morte Records label. Apparently released as a cassette, CDR and minidisc, this sees the duo take on the works of seven contemporary metal bands, and remixing their music into strange new forms through a radical process of atomisation.