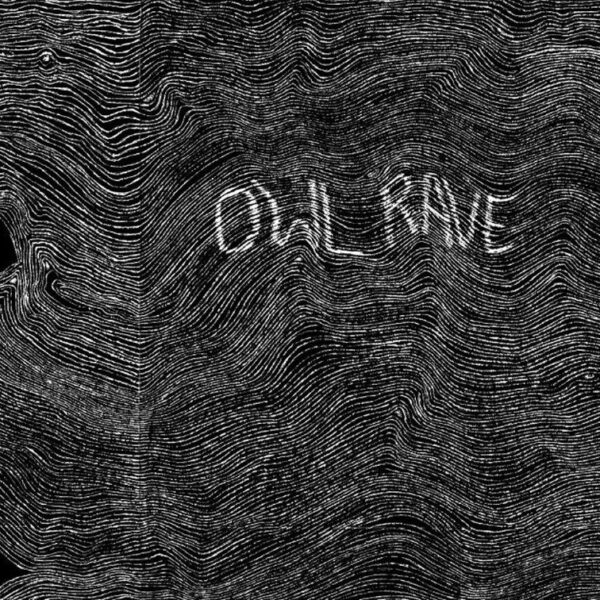 The main creator here is Gregor Huber, an Austrian drum’n’bass DJ by trade from Innsbruck, who occasionally performs as DJ Ego and as a member of Todesstern with his friend Markus Dolp; the Innsbruck scene is probably well represented on the 2011 double LP 20 Years // 20 Songs – Workstation To Workstation, which may contain an intriguing mix of garage rock and avant-garde beats. Huber is aided here by Markus Dolp (see above) on vocals, plus Antonia Steiner who was the singer with The Shirley MacLaines. The other important aspect is the visual work of Anna Ladinig; she did the cover art, but also the photographs and video elements which make Owl Rave a multi-media statement, presumably when performed live.

One is understandably cautious of any artiste claiming inspiration from the films of David Lynch; the adjective “Lynchian” has become over-used in media commentary, and in too many cases the word is lazy journalistic shorthand for anything remotely dark or taboo in its themes. But I’ll give Gregor Huber some credit here, because he’s clearly gone some way into occupying the Twin Peaks territory in a deep and personal way. The imagery and narratives of the TV series, and also the music of Angelo Badalementi, have clearly colonised his consciousness; in these weird fractured songs and this strange droney music, he is living it out, acting the roles, performing the music.

Owl Rave may not advance the ideas of Twin Peaks any further than the original, nor does it represent the work of Lynch / Frost / Badalamenti directly; but it is a strikingly personal work inspired by these sources and taken down its own twisted path of nightmarish despair. Apparently it was driven by Huber’s need to calm himself down in some way, perhaps an antidote to what I assume is the hectic life of a DJ. Released December 2015, we got a copy on 26th February 2016.