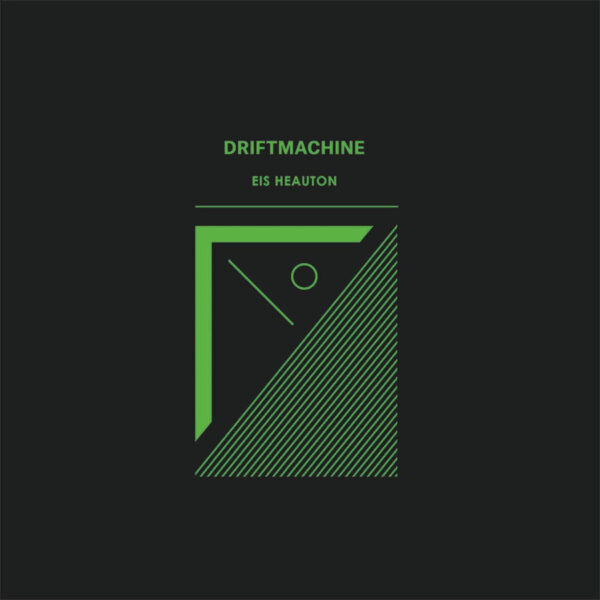 The LP Eis Heauton (HALLOWGROUND HG1601) by Driftmachine pulls us in with its opening track ‘Rungler Statik’, which is a decent piece of modern electronica influenced by dub techniques, leading us to think we’re in for an enjoyable low-key dance record along the lines of those produced by Monoton in the 1980s and 1990s. In fact, Eis Heauton turns out to be mostly a process experiment, and as the album becomes increasingly inhuman, abstract and alien, you can start to appreciate something of the method involved. Florian Zimmer and Andreas Gerth are playing around with self-generating patches, relayed through their analogue modular synth system; they apparently like the idea of machines speaking to themselves, and that’s what the title – a Greek phrase whose English approximation might be “a conversation with oneself” – alludes to.

The press notes are clearly inviting us to find a deeper philosophical meaning to this, but I’m unable to participate in this exercise. I enjoy the surface sound of the music here, even if it’s not especially inventive, and sonically speaking it could have been produced at almost any time since the invention of modular synthesis; at times I felt it was a lost document from the Columbia Princeton music lab, or a rescued fragment from Michael Koenig’s studio floor. Only the first track makes any concession to a human interest (e.g. in patterns, shapes, rhythms), and the remainder is given over to the random process of machine language. The title track is particularly alienating, and almost terrifying in its lack of human dimension; ‘Sunlit Reverie’ may appear in name to promise warmth and comfort, but in reality it’s a bleak metallic drone underpinned by a sense of imminent catastrophe.

When Brian Eno explored generative music by his own lights, the results were often optimistic and encouraging, proposing a limitless, self-fuelling and open-ended approach to composition, created through economical means. Conversely, with Eis Heauton, Driftmachine are closing off possibilities, leading us down a narrow strait, privileging the process over everything, and letting the machines take control. We’ve never heard Driftmachine before, but Zimmer – also called Random Sleeping – is a highly prolific electronic artist since the 1990s, and has performed with Fred Is Dead, ISO68, Jersey, Lali Puna, and Saroos – the latter combo hopefully intended as a tribute to Joe Meek’s I Hear A New World. Gerth, also called Loopspool and Orgon, is a member of Make My Day, Ogonjok, and Tied & Tickled Trio, a Bavarian band who blend jazz, dub and electronica together in their music. Arrived here 1st February 2016.