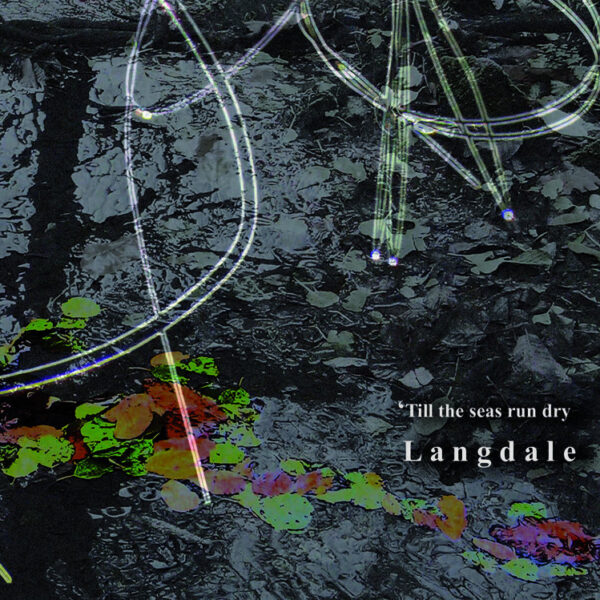 Moody and atmospheric blues-inflected guitar playing by Christophe Langlade on his solo album ‘Till The Seas Run Dry (DYIN’ GHOSTS RECORDS), a release billed to his stage name Langdale – which might almost be the name of a fictional American town from the 19th century where he would prefer to make his home, so besotted is he with American blues and folk forms and his dreams of the Golden West. This French player plays both guitar and lapsteel and produces slow twanging reverberations much like a copycat version of Earth around the time of their Hex LP, a similarly fantasised take on the Old West; and also careful ripple-picking effects, and incredibly sad sighing sounds on his slide guitar. If any of this reminds you of Michel Henritzi, another French king of melancholic latterday blues, then that is no coincidence – the pair played together as O’Death Jug on The Ballad Of Sad Cafe (noted here), and this is released on Henritzi’s label Dyin’ Ghosts Records.

In Langlade’s case, it’s slightly easier to trace his connections to rural blues forms with most of his work, and indeed one track is a cover version of a John Fahey tune (‘Valhalla Blues’), acknowledging Fahey’s importance not just as a guitarist but as a conduit for our deeper understanding of 1920s and 1930s blues records. Langlade is also slightly less enamoured of the “plangent” sound that Henritzi favours, though he’s clearly steeped in the same emotional range, and most of Seas leaves the listener stranded in a sad and lonely place of desolation. With the limitations of the sound, and the severe restrictions of the melodic range, the album starts to appear very samey after only a few tracks, but even so there’s no denying the conviction and poise behind Langlade’s languid strums and strokes. From 29th March 2016.