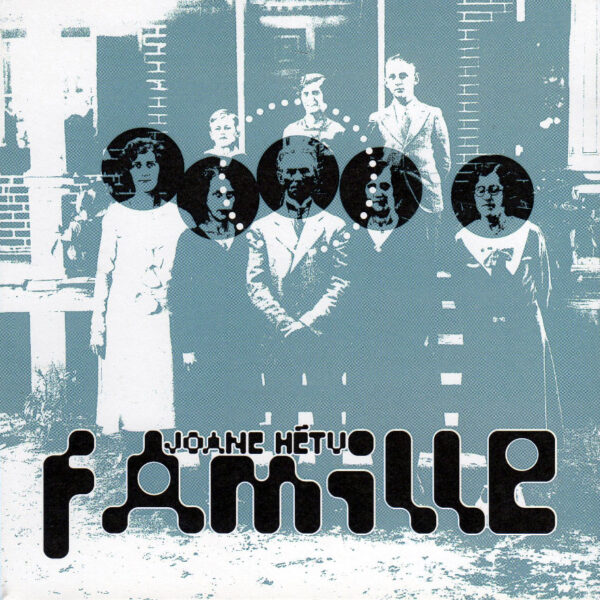 Joane Hétu is a vocalist and sax player, renowned on the Montreal free improvisation “scene”. Her Famille (AM 225 CD) is a selection of concert recordings made between 2009 and 2015; the Mercredimusics @ Casa Obscura series of concerts might be the Canadian equivalent of Company Week, dedicated to free improvisation. Certainly, the team-up-with-anyone spirit nurtured by Derek Bailey is alive and well in Canada, if these snapshots are anything to go by. There’s a long list of fellow improvvers on the sleeve here with which Joane has thrown down her vocal and woodwind exploits, including a few names we recognise, such as Pierre-Yves Martel, Philippe Lauzier, and Alexandre St-Onge. Not every track is an outright winner for me, but the subdued mysterious mood running through this album is very intriguing, and my preference is for those cuts which whine and drone exquisitely without anyone appearing to exert themselves very much. Joane Hétu’s sax work is adequate, her voice work is far more distinctive, and while her errant hooting may be an acquired taste her murmurs and pained squeaks are strangely satisfying, in spite of their minimal content. So far a picture emerges of Canadian improvisers being capable of far more restraint than you might find, let’s say, during an evening with Peter Brötzmann and Evan Parker. 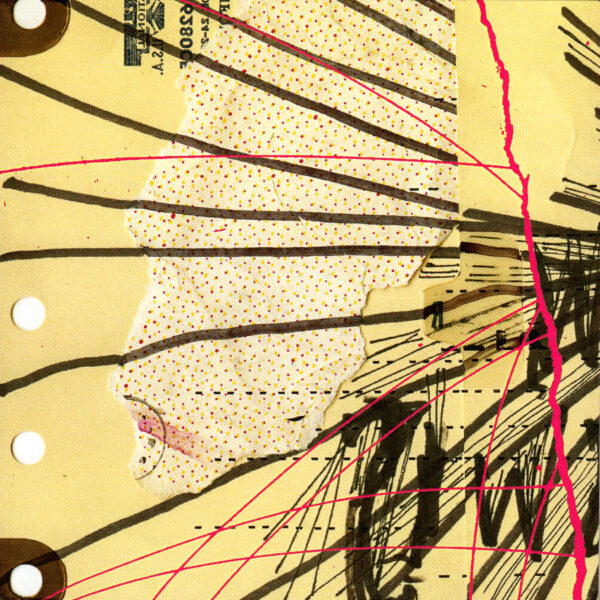 Speaking of Pierre-Yves Martel, I was reminded of his astonishing record Continuum when I heard Émilie Préfère Le Chant (AM 223 CD), a solo release by Émilie Girard-Charest, and wondered if this talented violoncello player had spun in his orbit or come under his influence to some degree. Her self-composed ‘S’offrir’ is an exquisite dream of near-silence: as with Continuum, there’s the same concern with maintaining a rigid posture while playing and doing nothing to disturb the enchanted mood. The other interpretations of works by contemporary composers are slightly more “busy” and would veer towards the now-conventional dissonance and randomness, were it not for the exciting electro-acoustic effects (I think) in evidence on such strange weirdies as ‘Espoir Squelettique’, written by Maxime Corbeil-Perron. ‘Altered Gray’ by Frederik Gran is another one that seems to have electronic elements bundled in the package, and is equally puzzling in its uneventful, hard-to-follow structure. Arid spiritual journeys await the listener here, with only a few drops of cold water offered for relief along the trail, and it’s never clear what the destination is or when we’ve actually arrived. Joane Hétu (see above) composed the title track, an angular and unpleasant piece that requires much dragging and stabbing of the strings to perform it. More desiccated modernism by Quatuor Bozzini as they perform Momento (CQB 1615) by the depressing post-serialist Aldo Clementi. This Italian composer who died in 2011 seems to have regarded his work in purely academic terms, measuring his success as a series of “contrapuntal exercises”; critics, when attempting to summarise it, apparently tend to reach for metaphors of decay. Clementi strove to compose music that describes its own gradual extinction. One imagines he was happiest when watching the sands run out of an hourglass, and then retiring to bed replete with the satisfaction that another day had been wasted. These various canons and other pieces, ranging in date from 1968 to 2005, brought a deathly pallor to my skin, induced short breathing, and made me dream of wandering 19th-century parlours with no windows and heavy green wallpaper everywhere. Contrabass player Nicolas Caloia has been working for years to try and blur the edges between composition and improvisation, and bring together high art and low art in a single enticing package. To that end, he has worked with several improvising players and attempts to “channel” their energy in his compositions. On Les Bonnes Histoires (AM 226 CD), he does it with the flautist Jean Derome, the clarinettist Lori Freedman, and two vocalists – Gabriel Dharmoo and Geneviève Letarte. Sad to say success has not been manifested here. I can’t find much evidence of channelled energy, or indeed any movement at all in these sluggish suites. And I’m all in favour of blurring cultural distinctions in the name of reaching a wider audience, but why then does Caloia’s work remain so cryptic and inaccessible? A confusing, broken narrative may slowly emerge for the patient listener, but the point of this work remains very obscure for me; everything proceeds at a leaden pace, and the information seems deliberately veiled and clouded in pseudo-mystery. The cartoony rebuses with their captions, including a human intestinal system, a red-brick bridge, and a large eye with clouds floating nearby, don’t lighten the mood, nor explain anything very much. I remain completely alienated by this overly-intellectual and torpid music. 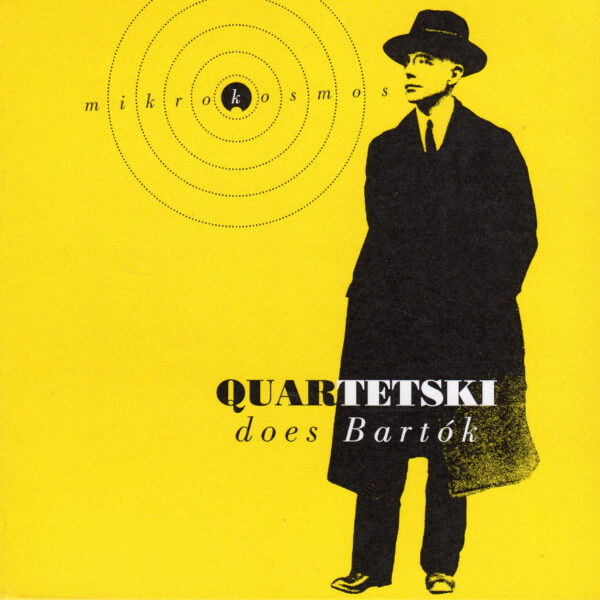 Mikrokosmos: Quartetski Does Bartók (AM 224 CD) is a much more successful instance of the cross-fertilisation and bridge-building which I assume Nicolas Caloia is aiming at. This Montreal five-piece (confounding expectations raised by their name that they might be a four-piece) strive to reinterpret classical music in a contemporary setting, and on the evidence of this release they do it very well, producing a listenable and entertaining experience. Pierre Yves-Martel (bass, synth) and Philippe Lauzier (woodwinds) are present, along with the electric guitarist Bernard Falaise, the violinist Joshua Zubot, and the drummer Isaiah Ceccarelli. Images of their stage set make Quartetski look like a cross between a chamber ensemble and a rock group, and their music delivers precisely that – original melodies and arrangements reshuffled into accessible modernistic arrangements, with a jazzy swing feeling, dissonant noises and scrapes from the violin, loud rockist segments from the guitarist, and even free improv elements from the woodwind section. A lot of stop-starts, quick changes, and poised dynamics allowing each musician to shine; the brevity of these pieces, and the slight air of genial clunkiness in the playing, also made me think of Maher Shalal Hash Baz. I’m not at all familiar with the works of Bartók, and a purist classical buff might give a more cautious reception to this album (or even retreat from it in horror), but ignorance is bliss and I’m finding this a pleasant spin today. When Michal Libera does cultural mashups for his Bolt Label, he’s trying to get the audience to ask deep and searching questions about the meaning of things we previously took for granted; Quartetski are simpler, and they just want us to enjoy good music in a new setting, with fresh ears. If you want more of this, they “did” a Prokofiev album in 2007 for Ambiences Magnétiques. Fine work.