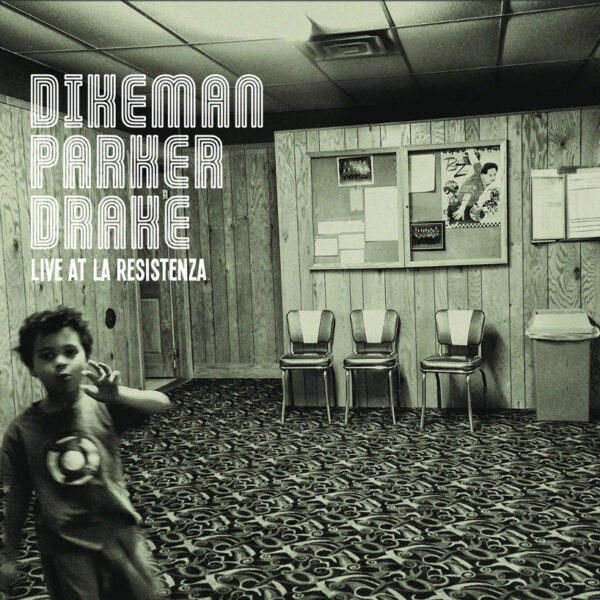 Cracking date at this venue in Ghent, Belgium; nicely recorded with every gesture and breath crisp and clear. A hard blowing man, that Dikeman, although without the sheer prolonged violence you might expect from the playing of someone like Mette Rasmussen who is my current favourite free jazz saxophonist. I’m being very specific about incuding the term “jazz” here when I talk about “free” playing. Personally I’m more of a “free” free-playing enthusiast; I prefer to listen to John Butcher over Ken Vandermark any day (although as I’m sure you know, Butcher cannily keeps one foot firmly in the jazz realm – a decision which presumably allows him to make an adequate living from performing).

John Butcher was famously quoted as saying he thought all “experimentation” should be kept contained in the rehearsal space rather than displayed for all to see and dissect on stage. I’m not sure that applies in this case. What really excites about this document is the sound of the three musicians trying anything; bouncing ideas off each other and playing in the moment. Having missed them (theirs was the final performance) at Brighton Alternative Jazz Festival in September of 2015, I’m very pleased to hear this and can confirm it is of the highest order as evinced by my friends who did witness them at BAJF. Perhaps not quite as overtly “spiritual” a performance here as the one in Brighton according to more than one report, but in no way lacking the sensitivity, cohesion and group understanding you would expect from practitioners of their standing.

Dikeman claims full ownership of the “compositions” presented here – according to the sleevenotes – which seems a little disingenuous to me, considering the nature of this type of music, but then, not being au fait with the methods necessary in the production of free jazz myself, I am forced to conclude that Dikeman must have brought the most to the table in terms of ideas at rehearsals, I guess. Drake and Parker both have long careers behind them and are historically important musicians, so it would come as a surprise to me to learn that they had minimal input into the material this trio presents. Putting all this detail aside, I would say that if you’re beginning to explore contemporary jazz I would recommend this as a great way in. If you are a part of the current jazz scene, you’ve most likely scored yourself a copy of this already.