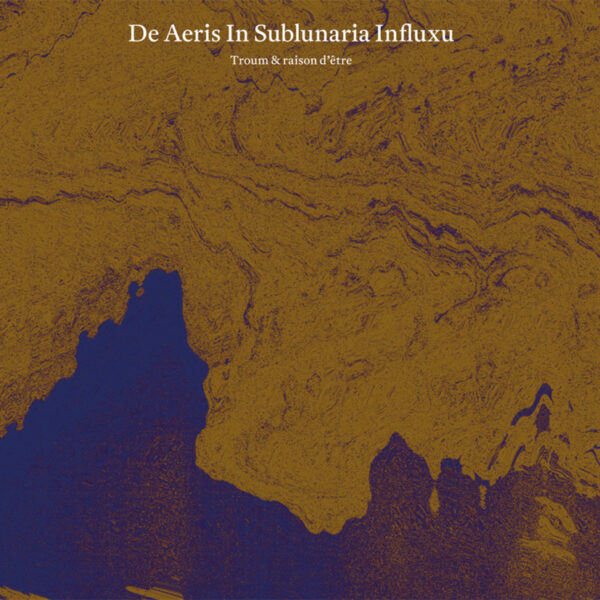 The press release for this meeting of German and Swedish drone overlords poses a rather touching rhetorical question; “ever wondered how a mix of Troum and raison d’être would sound like?” Well, not really, if I’m honest. But maybe I should wonder about these things. The artists are well-regarded in their field, and the music they make together isn’t bad at all.

What we have here, then, is a handsome CD package containing seven tracks of the deepest, darkest ambience. The Latin titles – “Alio Tempore”, “Oculum Mundi”, “Flammae” and so on – get my vote, suggesting as they do arcane alchemical operations or Goetic incantations. Actually, the album title has a fairly prosaic origin, since it appears to be taken from a 17th century medical treatise by Johannes Bohn. It still sounds enticingly mysterious, though.

There are enticingly mysterious qualities in the music itself, which unfolds at a geological pace, perhaps reflecting the fact that the record took four years to make. The vibe is generally heavy and cthonic, if I can get away with using that word, successfully evoking the solid elemental realm “under the moon”. Drones build, sheets of sound coalesce and reverberate, a crackle-glaze of noise is laid over the top to provide a tiny bit of light against all the shade. Admittedly there’s not much to distinguish one track from another, but that’s ambient music for you, I guess.

On the whole, this ticks most of my boxes for this type of venture, taking my head into another space for a while and altering the flow of time to some degree. Music for chymical weddings and subterranean chill-out rooms.