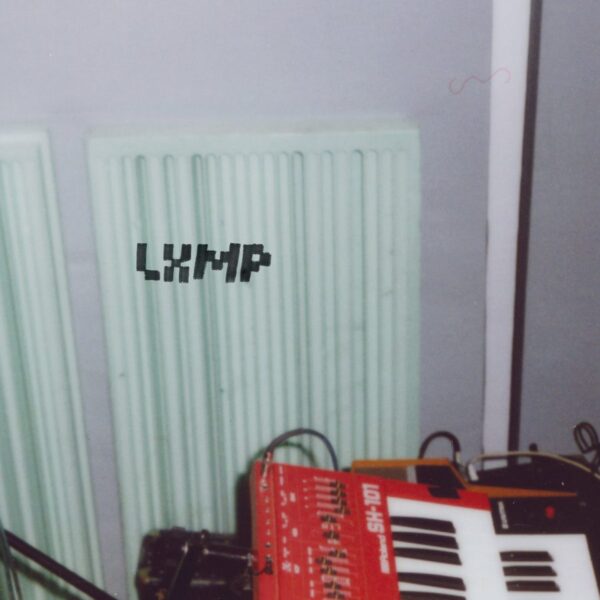 Quite exhausting and hyper-kinetic record Polish electronic bounce and electropop bashery from LXMP, a duo from Warsaw. Their ?ony W Pracy (LADO ABC Lado A/18LP) was made using just keyboards and drums, but Piotr Zabrodzki and Macio Moretti have a particular inclination towards Korg synths (indeed, they actually seem to have bonded over the matter) and the glimpses of their equipment set-up on the front cover may cause many a hardware fetishist to salivate in sympathy, particularly the view of the Roland SH-101 (if such it be), a famed monophonic job from the 1980s that has caused many a man to twitch with a slack-jawed expression.

These ten tracks of theirs amount to an unholy blend of sources and inspirations – cheesy easy-listening records, cute shiny electropop, and some mutated strain of disco fever that has not yet been released from the laboratory, and they’re mostly played at a breathless rate which pounds the listener into surrender in short order. There’s also something rather airless about the sound that betrays the studio-bound origins of all this work. Between the tight, compressed compositions and the gapless notes, it’s a wonder a man can breathe here at all. I’d like to say the duo have a gift for a strong melody, and while some tracks do shine and even uplift the spirits with their melodic sparkle (assuming you think TV theme tunes and space-age pop albums are a good template), every other track misfires with its slapdash technique and relentless insistence on putting the unpleasant synth “squelch” right in your face. It’s a case of allowing fun-loving “retro” sensibilities get the better of your aesthetic good sense…there’s a shade too much irony and insincerity, suggesting that LXMP are more glitterball than substance.

The title translates as “Wives At Work”, and I have no idea what that means in this context. This is the third LP they’ve made for Lado ABC and a follow-up to 2013’s Back To The Future Shock, which appears to be a set of cover version of Herbie Hancock and Bill Laswell tunes. Ingenious, aggressive, but the fun factor comes with a very limited guarantee. From18 April 2016.