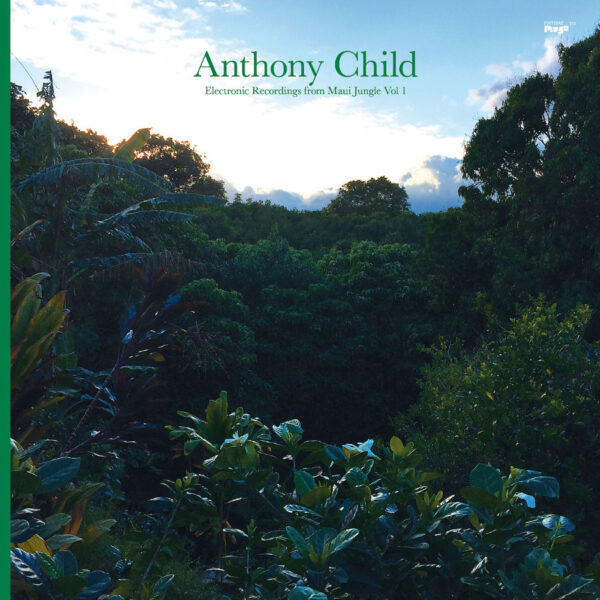 As part of a notably sustained stretch of experimentation that has taken in Coil-influenced ambient DJ sets, an ongoing collaboration with Lady Gaga’s warm up act and audio-visual phantasmagoria, Anthony Child’s recent, Surgeon-free collection of sprawling, modular synth improvisations – captured during a sabbatical on the Hawaiian island of Maui in 2015 – is unlikely to startle even his techno-minded followers at this stage. If anything, it offers indelible proof that whether performing for a dingy dance floor, a smoke-filled yurt or an auditorium, his sensibilities are better attuned to his surroundings than the mere techno DJ that many take him for; an affinity further attested to by this recording’s occasional interweaving of avian and insect choruses in situ. I vaguely recall The Wire Magazine labeling him as a ‘noise musician’ in the distant past, which at this point seems a rather limiting designation.

Even covering two CDs, this release also somehow seems briefer than Child’s previous LP, The Space Between People and Things, a 30-minute slice of music concrète. Foregoing drama for detail, these nine recordings examine at length whatever emerged from Child’s machines when he was in the zone; exposing and exploring vaguely haphazard rhythms and textures, introducing thickening overtones and ‘natural’ events to such a degree that Child himself seems to have been hypnotized by the results. Among these semi-predictable processes, palpably stylistic markers include the crisp, cryogenic frequency of ‘Bypass Default Mode Network’; the throbbing, lunar cycle of Coil’s Time Machines-esque ‘A New Moon’ and more eventful interludes like the bleeping ‘Down in the Gulch’, a possible refugee from Morton Subotnick’s laboratory. Yet even as we note distinctions between this work and his ruthlessly disciplined cuts as Surgeon – such as abandonment of control to the machine and, it would seem, to the environment – we hear order in the alternation between urgent arpeggio-based pieces and deep, swelling drones where one might experience the passing of tropical days and balmy nights into translucent states of mind, beyond temporality or sense of destination.

Child’s latest release, while certainly no mould-breaker, follows a more fixed line of reasoning than its predecessor, the title track consisting exclusively of meaty, alien pulsations that might be issuing from some nightmare factory in a John Carpenter movie. Unlike anything on Maui though, it commands submission to authority, not a lack of it, but its rewards for your surrender are 20 minutes of dubious comfort. The remaining two pieces invert this dark immersion with mild undulations of organ drones, offering unwary listeners a measure of relief. Going by comments left on Discogs by jaded Surgeon fans, this is not likely to win over the staunch ‘fans’ at all, but at just 100 copies on cassette, this one’s for the hipsters as clearly no one’s expecting it to hit the Top 40 anytime soon.