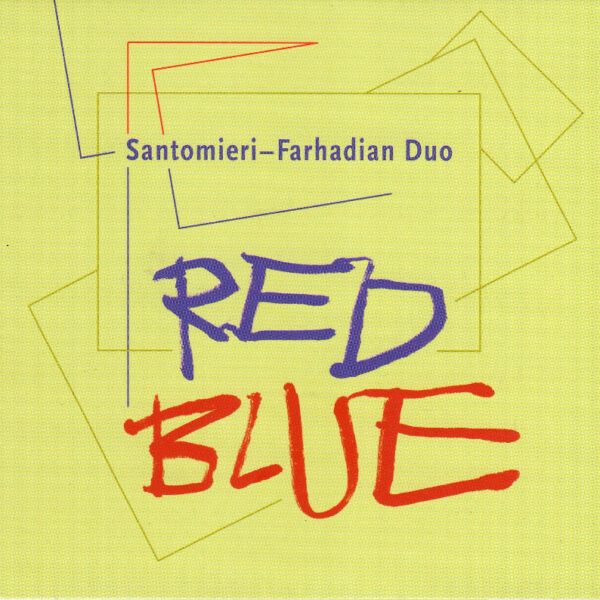 Thea Farhadian is a musician and composer who also teaches at Santa Cruz. Her many activities include playing the violin, experimenting with electronics, and publishing the odd academic monograph. She’s also recently started a record label, Black Copper Editions, of which the first release showcases his duo work with the guitarist Dean Santomeri. Red Blue (blackcopper001) contains 12 instances of their work, straddling that coveted middle ground between composition and improvisation. A lot of musicians claim to achieve this, but it’s clear instantly that the concise pieces on Red Blue are the result of much preparation, containing evidence of structured melody and repeatable elements tempered with more free-form flights.

Additionally, both musicians use unusual tunings, and some “preparations” which in this context may mean inserting objects into the neck of guitar or violin to modify the sound of the strings. “Catchy rhythms, colourful timbres, and iridescent microtonalities” are their avowed aim. Whatever pathways have led them to free improvisation, I would guess it’s not the same route taken by Derek Bailey where the house of Webern and his 12-tone theories loomed so large on the highway. Instead, both Farhadian and Santomeri have a healthy concern with melody and with not alienating the listener too much, and I hear echoes of Henry Cowell (as if rescored for the guitar) and even late Frank Zappa in some of these pieces; parts of ‘Foil’, for instance, kept reminding me of Orchestral Favorites or Studio Tan.

And like Cowell, they don’t the deny the possibility of narrative in their tunes; indeed many of the titles refer directly to things you might see in an art gallery, such as ‘Picture Frame’, ‘House of Colors’, ‘Pencil Sketch’ and ‘Pollock’. When they do attempt a bit of roughed-up atonality, we get ‘Richochet’ with its crocodile clips and scraped strings, but neither musician is fully comfortable with the kind of full-blooded abstract roar we might get from early Keith Rowe, and their efforts at “noise music” are a bit awkward and pallid. Even so it’s interesting how here, and elsewhere, the tension between the need for melody and the need for experimentation produces interesting clashes. From 16 May 2016.