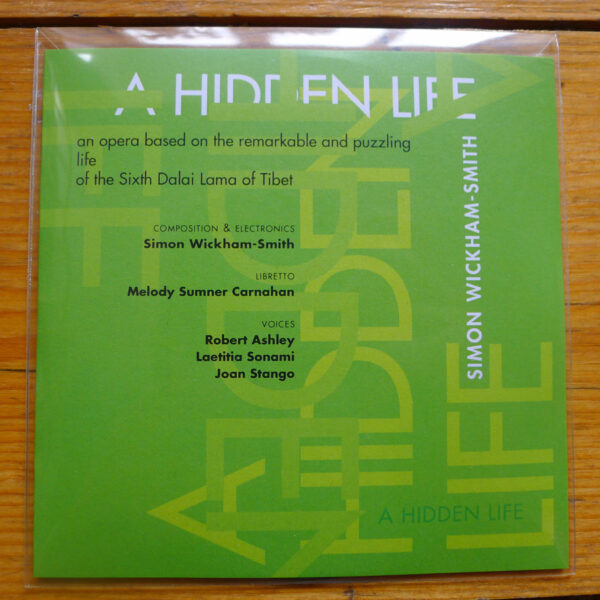 Back in the late eighties, my discovery of Simon Wickham-Smith was certainly a weirdly circuitous one. The trail began with a rave review of the Lake double set by the mysterioso R!!! and S!!! found in the still sorely missed Forced Exposure zine/kulcha bible. When I homed in on contact details, I did a double take as it showed a Rowlands Castle address, a village which lies three or so miles north of yours truly (!!!). So it took a Boston, U.S.A.-based publication to alert me to something that was freely available for the princely sum of seven quid (!!!), a mere stone’s throw away.

Since then, multiple exclamation marks have lost their novelty value somewhat, but Simon has hit the review sections with the occasional collaboration (mostly with Richard (R!!!) Youngs and comp track appearances on labels such as Pogus and Electroshock. A Hidden Life, initially released in early 2015 as a limited run cassette/download, has now been given a second bite of the apple through the auspices of the Brussels-based Tanuki label. It’s an avant opera, concerning the life and times of the Tibetan Dalai Lama, Number Six: Tshangyang Gyatso. A major interest to Simon, religious themes being a recurring thread throughout his compositions.

It features the strange sprechsang of Joan Stango, readings/narration by French composer Laetitia Sonami, and ‘tapdancer in the sand’/principal wolfman Robert Ashley (no stranger to theatrical and operatic works himself). And it’s his presence as the lama that really lodges in the memory long after the disc has come to its conclusion. Bizarro recollections/visions of six-tusked elephants, zombies, headless men and yeti attacks abound. Backed by steadily percolating/bubbling analogue manipulations, his silkily-voiced ‘ancient of days’ tones could effortlessly sell icecubes to the Innuits or, at the very least, open up the third eye, making this a tantalising visit to a still(?) forbidden zone.