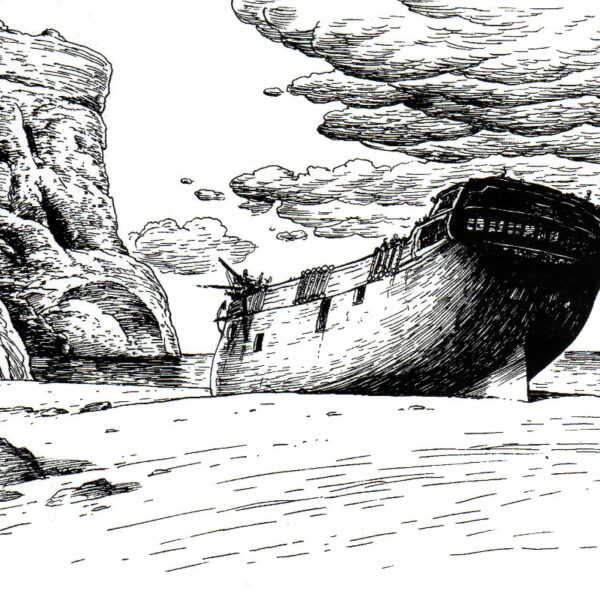 New York composer Howard Stelzer is mostly known round these parts for his fab label Intransitive Recordings, whereon he released many smouldering gems of mysterious electroacoustic composition, field recordings, tape music and noise. While a few snippets from his career have come our way, I don’t have much of his solo work to hand, so this collection The Case Against (MONOTYPE mono073) is most welcome. Title tracks indicate it’s a suite in five parts, so one might read it as a lengthy meditation on various heavy matters – the overall tone is sombre, and the music is extremely abstract for the most part, excepting some segments where recognisable fragments of real-life everyday noise seep into the mix.

Most notably this happens on ‘Rip It Up’, a brief montage where the sounds of a crowd of people take on a very puzzling hue in the context of so much droning soarage. Did I mention he does it all using cassette tapes…he calls it “cassette music” and his approach to composing with these cronky oxide lengths of magnetic hue is very maximal, using intensive processing and editing to create incredibly rich and dense fields of solid grind. What evocative track titles too…’Accumulated Background Radiation’ might almost be preparing us for a post-nuclear devastation landscape, always a popular trope with industrial musicians, while ‘The Last Scattering Surface’ contains a poignant air of finality, and serves up over 17 minutes of single-minded metal-enriched airy droning tones. When the noise ceases to make way for clouds, birdsong and the noise of the artiste fumbling with his microphones, it’s almost a shocking shift from the abstract to the real, emerging into daylight from the end of a deep pit. This moment, and other parts of the album, show how sensitive Seltzer is when it comes to contrasting timbres and deploying them for maximal effect.

The cover art is by comic strip artist Tony Millionaire and depicts a wrecked hulk on the beach, a forlorn image which is highly suitable for the somewhat lonely and desolate air of this release. From 21 June 2016.