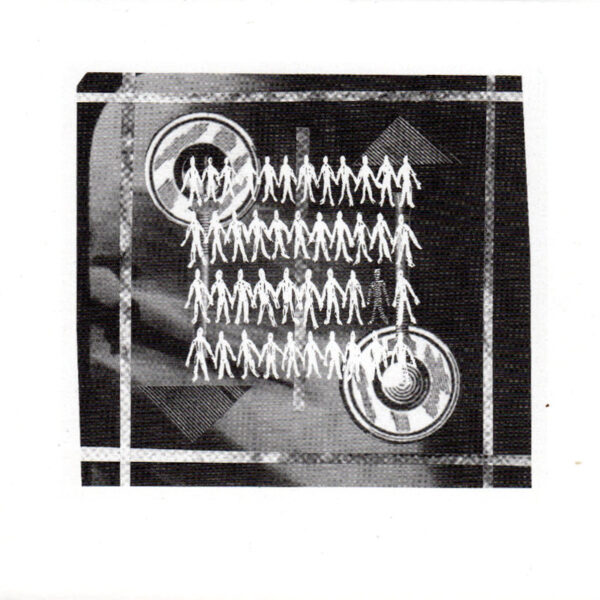 Polish oddity of the week comes to us from Kamil Szuskiewicz, a Polish musician who’s had his other works published on Wounded Knife, Elementworks, and Slowdown Records. The text on Robot Czarek (BÔ?T RECORDS BR K008) is all printed in Polish, and I can’t find out much about it except it’s intended as a “sound cartoon”, “audio comic”, or more simply a radio play. Polskie Radio describes it as “the story of a sensitive machine”.

Listening to this entertaining work (all the libretto is spoken in Polish too) doesn’t reveal all the story’s secrets, but the trope of the robot / human dilemma and the “ghost in the machine” has been around as long as Fritz Lang’s Metropolis, and probably even earlier than that; a common theme with pulp science fiction writers too I should imagine. Sonically, Szuskiewicz’s composition is fascinating, a nifty blend of very simple music and sound effects served in small bite-size snippets, where brevity and repetition are the order of the day; these are structured either side of the dialogue, which is overlaid, spoken in overlapping sentences, and delivered by a number of actor’s voices – some of which are of course treated to sound like robots. Sometimes there’s a dialogue, sometimes the authority of the speaking voice makes me think we’re hearing a narrator advancing the plotline with his voiceover.

While the music and sound is mostly used to illustrate and illuminate the tale, it’s possible to enjoy it as a species of robotic toy-techno music, with its erratic beats, metallic tones, and warped minimal electronic effects. Guest saxophone players Ray Dickaty and Dave Jackson appear on two tracks, Piotr Zabrodzki did the recording, and the grey metallic artworks are by Paulina Okninska and Janek Ufnal. A highly successful blend of talents and an endearing work. The general tone of this piece appears to be both whimsical and melancholic, a wistful blend of emotions which seems uniquely endemic to the Polish race somehow. Treat this as a Polish update on Kraftwerk’s The Man Machine, with a more elaborate story and a more ambiguous interpretation of the same themes. This was also released as a cassette by Wounded Knife; if you download it, you also get a PDF of the libretto (in Polish). From 21 June 2016.