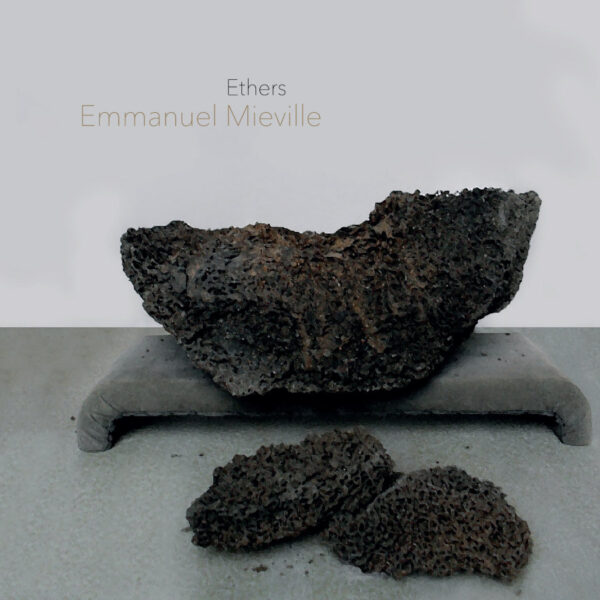 Emmanuel Mieville studied sound engineering at cinema school, and learned musique concrète techniques at the GRM. He is a guest composer for Framework’s field recordings based shows, on Resonance FM, produced by Patrick McKinley. Ethers is Mieville’s second album for Baskaru; the first being 2011’s Four Wanderings In Tropical Lands. He also has releases on TIBProd, (an album Denki Colors and a split 3” cd with Töre H. Boe), XingWu, Lona records, Obs, and Crónica. Mieville’s chosen tools here are field recordings from Hong Kong, France and Morocco, with a smidgen of saxophone on the final piece, all treated with Max/MSP and Metasynth.

On the sleeve of this release we get this piece of information: “Ethers is an attempt to give an earthy quality, a dense texture to drone music, to lower it from the ‘skies’.” It is always useful to know the artist’s intention, I feel. Now, there’s dense and there’s dense. If you think Ethers is dense, take a listen to something by John Wall. I would probably disagree with Mieville and say I don’t think this is drone music at all – not because I think the intention has failed. It just doesn’t drone. To me, the use of the term “drone” as a descriptor implies a continuous element of some kind; promoting some kind of transcendent or liberating environment in which to react in the moment. This sounds like a field recording album, albeit a very well-produced one. It has a restrained pace but is hardly glacial in scope; but a field recording album nonetheless. I certainly do not mean this as a criticism, but I do find the use of the term perplexing. Maybe something got lost in translation somewhere along the line.

Despite my initial reservations, I find the first piece is titled “Fertile Drone”. Is it rain or waves breaking I hear? There is faint evidence of processing audible; a granular effect results which I can’t say I’m a fan of – I’m not sure what it brings to the table. Why use this kind of process at all? And despite saying I don’t immediately recognise Mieville’s material as “drone music”, I become aware of A Drone around 6 minutes in. Despite this I’m still not convinced. To me it sounds like that immense grey area of field recording-derived processed sound that is prevalent in many art galleries and project spaces of major European cities and beyond. I suppose that’s what I do like about it: it is recognisably part of a continuum.

“Sur le Pont” begins with unprocessed field recordings of workmen’s voices, perhaps. Drills, building site sounds and burning. Plus, the enduring use of water as a sound source. This develops into bowed percussion and the noises made by trains. “Watt Station” features waves on the sea. And a section that sounds like jet engines heavily processed. There is also a synth floating around vaguely. At one point, I think I hear the sound of a tube train but it turns out to be a synth patch. What is the purpose of this music; who is it for? At thirteen and a half minutes, “Island Ferrysm” (sic) could be a lengthy conceptual deconstruction of modes of transport. The raw materials are there – recordings from a ferry crossing, synthesised impellers, propellors, motors and gears. This piece is certainly more intense than the previous material. Ethers as a whole is engaging, but whether it lives up to its own brief, or even whether it should, I just can’t decide.