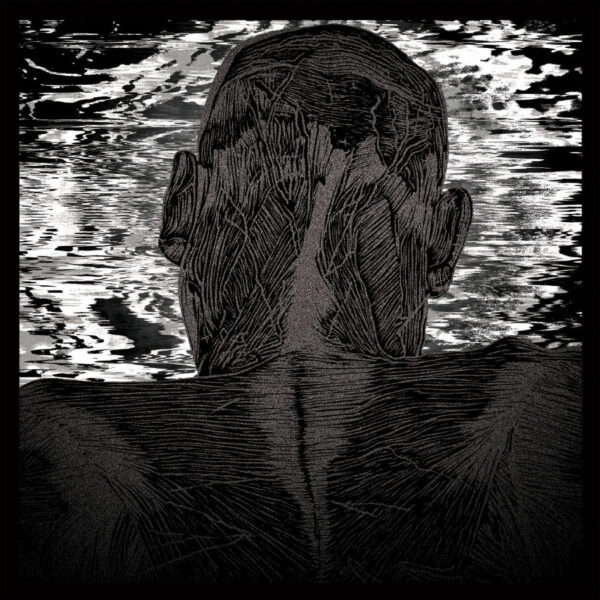 Asher Levitas is one half of Old Apparatus, an English duo who have released a number of experimental low-key electronic releases for the Sullen label since 2012. Here he is with a solo album Lit Harness (PLANET MU RECORDS ZIQ379), in which he attempts to unburden his soul of his personal affliction. For most of his life, Levitas has suffered from sleep paralysis, a condition that means that for a few moments after waking up (or falling asleep) you’re unable to move your body or even speak. This undoubtedly accounts for the extremely “anxious” tone of Lit Harness; even the title refers to a particular type of restraint that keeps the patient in a “calm place while chaos happens all around”. (I’m not clear if this refers to an actual medical procedure, or a psychological exercise.) This album starts out promisingly enough, and the opening tracks ‘Withdrawn’ and ‘In The Eyes’ are both strong pieces; the former takes a basic electronic drone and bombards it with unpleasant interruptions, inducing a sensation surely familiar to any sufferer of sleep-related disorders, and the latter takes the listener down into a deep, dark zone with an insistent, muscular pulsebeat. Unfortunately, I found the remainder of the album to be filler material, identikit dark ambient music, whose relentlessly grim tone becomes wearisome. There isn’t enough of the expected catharsis for me, and one emerges from the other end of Lit Harness with no real resolution or sense that the sleep paralysis issue has been sufficiently addressed. The cover art is very good however, and conveys a lot of the expected sensations of suffering and futility. From 15 June 2016.