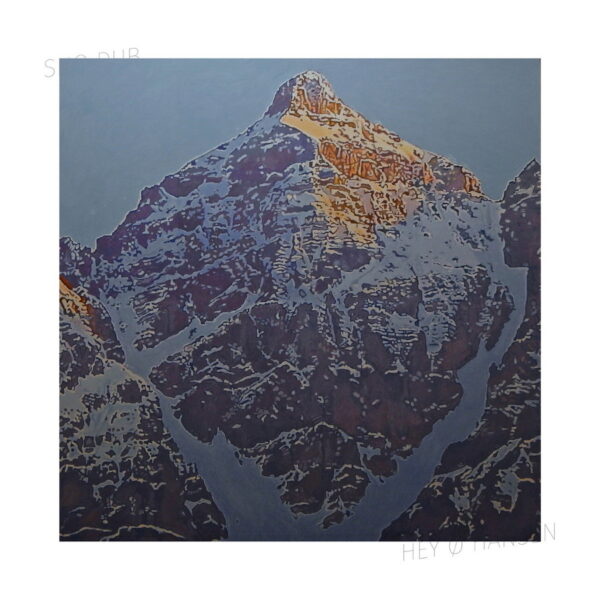 Curious slab of eccentric dubby electronica is Sno Dub (HEYREC heyrec22) from the duo Hey Ø Hansen. Helmut Erler and Michael Wolf are self-proclaimed proponents of a genre of music they call “Austrodub”, which is something to do with their Alpine origins – they began as some sort of European rock-steady combo in the 1980s, playing their take on reggae music in Innsbruck and the Tirol area. When they moved to Berlin in the 1990s, they formed their own Heyrec label for releasing their own records and defining the “Austrodub” profile. This might be best represented on the compilation Sonn Und Mond, which appeared in 2009 on the Pingipung label, and collated their various efforts from demos, compilations, cassettes and TV commercials since 1995.

Hey Ø Hansen are clearly well aware of the ironies of being white Europeans from Austria, home of the most stiff and morally uptight people in the world, playing around with the laid-back rhythms of rock-steady, dub, and reggae – forms of music which which are unlikely to ever be associated with the inflexibility of korrektness of any given Austrian military aristrocrat, in his heavy regimental coat and waxed moustache. I doubt if we’re expected to take the notion of “Austrodub” entirely seriously. Nonetheless, parts of Sno Dub are enjoyable and inventive. The main characteristic of the music appears to be the laboriously slow pace, with ultra-retarded beats and a leaden pace, very suggestive of mountain life – for instance the image of an abominable snowman attempting to dance in a heavy snowdrift, wearing snow shoes, comes immediately to mind. Clumsy, clunky, and a million miles from the syncopated snap and bounce of even a third-rate dancehall record from Jamaica. From this unpromising starting point, Hey Ø Hansen execute daring dynamics, gaps, and echo effects using what appear to be extremely primitive methods – cheap synths and toy keyboards, very artificial echo effects, and even slowing the tapes by hand, apparently.

Erler and Wolf have a clear mission to remain minimal and basic at all costs, a purity almost; but their charming simplicity could also be mistaken for amateurishness. None of this would have cut the mustard with the ultra-polished sound of the glitch mob and the boys in Cologne in the 1990s. This naturally makes the Hey Ø Hansen proposal all the more appealing to me. More power to their pitons, I say. From 3rd May 2016.