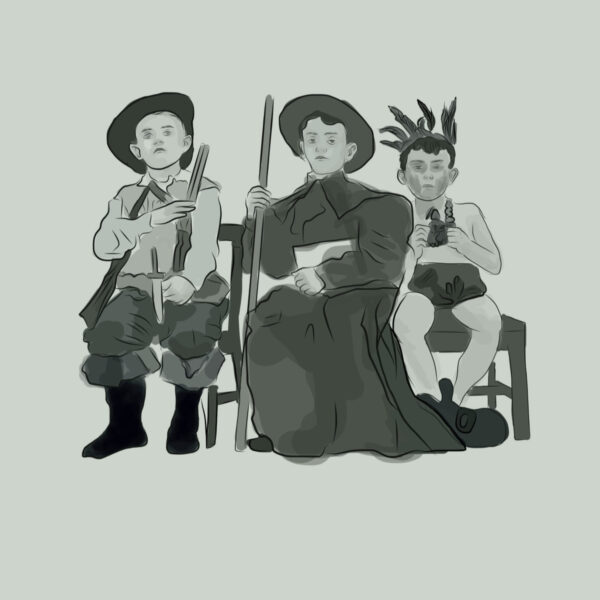 Motherland (NO LABEL) is a fine cassette of songs by the singer-songwriter duo Hanging Freud from Sao Paolo in Brazil. The team of Paula Borges and Jonathan Perez turn in six songs of a quite chilling nature, filled with dark symbolism and doom-laden accusations, bleak scenarios of conflicts and encounters where nobody is left off the hook and everyone comes out a loser. Each song appears to be pronouncing judgement on an entire country, the failure of successive generations to nurture its children, and Paula Borges intones these cold statements in a precise, matter-of-fact fashion, making her the ideal Greek chorus for these apocalyptic visions of catastrophe. “Every name will be consumed, we will never hear the truth”, she wails on ‘Lost Children’; and “I never expected these eyes to see so many horrors” she observes, like some latterday Dante, on the song ‘The South’. Clearly it’s taken years of bitter disillusionment to think herself into this particular spot.

There’s also much to recommend in the performance and arrangement of the songs; most of them may start from a simple acoustic guitar or piano framework, but there’s just the right degree of studio echo added to enhance the gloomy aspects of each ice-cold song. The production adds foreign bodies, samples, spare minimal noises thrown like lumps of grit into the wind. Each song unfolds with a relentless quality, rarely varying the chord or the rhythm, until the listener is hypnotised under the glare of a vengeful cobra. Taut, paranoid, tense; not an ounce of waste.

Motherland could be read as a successful update on the first Leonard Cohen album, itself a masterpiece of lugubrious singing, a wealth of “sad mysterious symbols” (copyright Momus) in the lyrics, and beautifully spartan musical backdrops. If you enjoy this despondent set, be sure to check out the other albums by Hanging Freud, Sunken (from 2010) and No Body Allowed (from 2015). This arrived 6th June 2016.