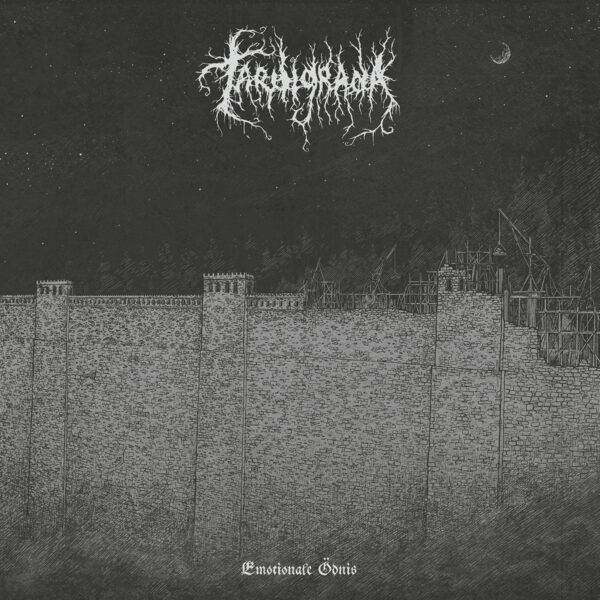 Tardigrada, indeed! – I first came across that word while reading internet and magazine articles about water bears (tiny microscopic segmented creatures with eight legs) often found in the most extreme environments such as living in deep water ocean trenches under immense pressures or in places where levels of radiation are hundreds of times higher than what would be needed to kill human beings. Perhaps that fact alone is enough reason for a band aiming at the extremes of musical expression in black metal to adopt the water bears’ Latin name as its own. And Tardigrada’s first album “Emotional Ödnis” can be a tremendous test of endurance and emotional resilience for listeners: aside from its length, the music can be very intense and overwhelming in its power and emotional expression.

The album consists of five pairs of tracks with the first track in each pair a short instrumental introduction to the second, far longer track. In each second track, the music is never less than epic and stupendous, filled with utter melancholy, sadness and despair, reaching to the farthest limits of the night skies in its scope and ambitions. The riffs and rhythms brim with muscular, thunderous power and the atmosphere on all tracks is always wintry, sharp and icy. There can be some great head-banging moments where the music is continuously pounding away or pouring out dark malevolence by the bucket-loads. Vocals are shrill and shrieky ice-cold howls from the spirit world. The ambience can be suffocating and too intense in its coldness and pain.

For all that though, too much of the music lacks originality and you feel as though you’ve heard it all before, only maybe not delivered as dramatically and drawn out as here. As each pair of tracks comes and goes, listeners can get the impression they’re going around in circles, as each set ends up being a variation on the same theme and all the riffing and thunderous percussion lines, no matter how groovetastic they become (as on Track 6 “Erschöpft”), pass by to be replaced by another lot of riffs and tremolo guitar melodies. The instruments stay much the same from one set of pieces to the next and the style of music does not change greatly either – it’s melodic atmospheric BM, often played at blast-beat speeds – so there’s the danger that listeners’ endurance will flag well before the last set of tracks makes its entrance.

If you don’t care much for original presentation and style, and just want to get your head into some great passages of runaway BM power and anguish, you’ll probably be happy with the album as it is. Whether you’ll always play it in its entirety or just play the pieces that appeal to you most will depend on what your expectations are of black metal generally but I can’t see myself playing this album from start to finish in the way Tardigrada intend. While some tracks are very good, others are just too long and monotonous with thin guitar music and screechy flagging vocals. Even in its quiet moments, when the atmosphere is clear and sparkling, and the mood is brooding and sometimes comforting, the music lacsk that vital edge that would make it always sound fresh.

These guys have a lot of work cut out for them on their follow-up album – there are so many dark atmospheric BM bands in the wild black yonder that listeners can take their pick and Tardigrada must lift their style into something more distinctive and which stands head and shoulders above the competition. The guys have the technical skills and the power but sometimes these are just not enough.