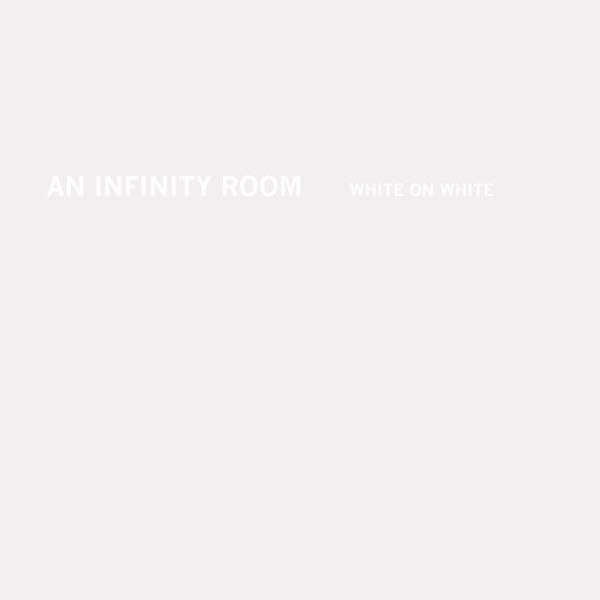 Here’s a cassette tape / download release from A Guide To Saints, a new child label of Lawrence English’s Room 40 label. White On White (SNT016) is a mega-drone special by An Infinity Room, one of the projects / aliases of Julian Day. Day is not only a composer, but also a writer, artist, and broadcaster – who has appeared on BBC Radio 3 over here, but also has his own show on ABC Classic FM, called New Music Up Late. He’s interviewed a number of important and influential contemporary musicians.

On White On White, his debut recording under this project name, we have three pieces he recorded in Sydney, made using analogue synths which are yoked together to produce rich and sumptuous drones. I think the main thing is that the work is supposed to be played in a room space, and there’s a sizeable list of various art galleries and contemporary art spaces and music venues where An Infinity Room has manifested itself. “Rooms within rooms”, is how he summarises the aim of these long-form drones; it’s something to do with charging the air around the room with “highly active vibratory fields”. As with many such large-scale, real-world art pieces, it really needs to take place in a large physical space, and might not successfully translate onto CD, let alone a cassette, but the music is still pleasing to listen to even if it doesn’t manage to “power up” your room space. On the other hand, if played loud and long enough, the desired results may yet be achieved. At over 45 minutes, the first piece ‘Intercessions’, which occupies all of side one of the tape, stands a good chance of shifting your body into the zone.

Day achieves this through something to do with geometry and numbers. The drones are generated using “simple algorithmic patterns” to trigger the notes on the synthesizers, a process which is explained here in any depth, but may involve an understanding of arithmetic or number theory. Musical historians have long understood the proposals of Pythagoras in this context, and numbers have formed the basis for the entire Western system of tuning, at least until the 20th century when various conceptual mavericks (Tony Conrad, La Monte Young, Harry Partch) challenged it. Julian Day would be happy to achieve a “turbulent geometry” in the room when he plays back his long drones, a fanciful concept which to me suggests that even the rules of architecture are being undermined in some way.

These ideas are interesting, but White On White is far from an essential listen on today’s spin. Day doesn’t improve on the work of the American Minimalists, and indeed his rather tentative and twee-sounding chords with their highly synthetic sound might be seen as something of a backward step. None of the pieces develop at all during their long duration, apart from some very subtle changes in the patterns of notes, and I’m not feeling the sublimation of transcendence, still less the “deeply embodied psychoacoustic experience” promised by the press notes. From 27 June 2016.