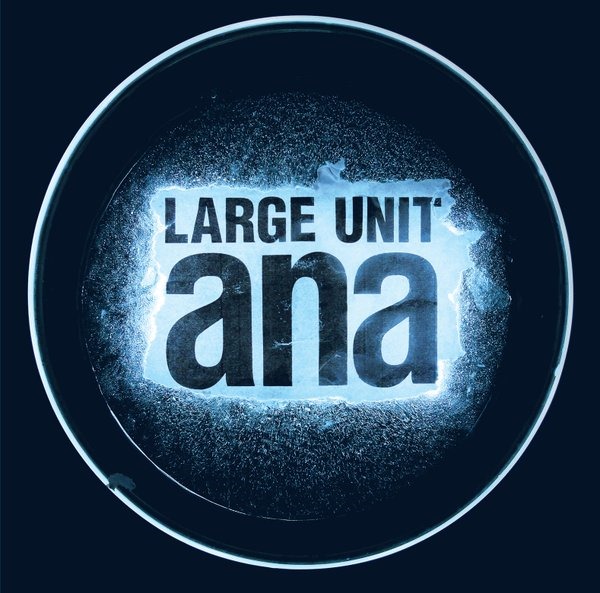 Naming your band ‘Large Unit’ invites so many opportunities for ribaldry – especially when it packs as much heat as this one does. However as one of Norwegian drummer Paal Nilssen-Love’s countless musical projects, it channels a fair amount of collective libido into a life-affirming orgy of self-immolating celebration – on this occasion at the collision point between Brötzmann-isch Fur-opean free jazz and loose-hipped Latinism; sparking new fires every time the Norse juggernaut spends its force in one direction. Between the Brazilian interludes, the ‘Unit’s brass and percussion loom large. The band is a disciplined, if somewhat autistic marching band given to fits of unbridled skronk just when everything seems to be coming together.

This recording took place as a serendipitous victory lap, following a particularly well-received performance at the Oslo Jazz Festival in 2015, at which point the 12-man line up absorbed two Brazilian musicians (percussionists Paulinho Bicolor and Celio de Carvalho) and took to the studio for a night of mayhem. The result is a set of three substantial servings of muscular, samba-flavoured phrases in jazz, assembled and dismantled in a gleeful, Ayler-esque manner and receding altogether at regular intervals while the guests to say their piece. The sudden recruitment works to mutual benefit: a kind of Eros-Thanatos dichotomy forming in the Euro-Latin alliance; the European monsters showing the balmy Brazilians due deference; ears cocked to their traditional sounds while they collect their energies.

Helter Skelter opener, ‘Ana’ wastes little time into shattering its structural confines: building steam in simple, tonal phrases raised to fever pitch; suddenly gushing forth in molten brass, disintegrating into quivering atoms and reassembling with greater resolve. The main motif is passed from musician to musician throughout and handled with no small interest; one no doubt facilitated by the smooth sounds of the Brazilians, whose playing is largely ring-fenced and assiduously attended to at break time. ‘Riofun’ is perhaps the most challenging of the three, reaching an exhausting thirty minutes, during which dammed energy seeps, surges and reaches undramatic hiatus with some regularity (a strategy reviewed in the final track), with meandering jazz solos taking up more space than slinky Brazilianisms.

However, even if inconsistently maintained, the dynamic is effectively framed by the berimbau opening – the kind of music used to fan the flames of combat during Capoeira matches, where the constantly moving martial artists circle one other in perpetual, pendular motion: feinting, surveying and dodging one another in acrobatic acts of parry and thrust. It’s hardly surprising then that the players like a little downtime here and there. ‘Circle In The Round’ takes perhaps the longest to stoke its fires, the heavy bass section moving the mass forward inch by inch while trumpets flutter above. But when it goes it absolutely surges forth like a river bursting its banks: locomotive rhythm section (including tuba) propelling rasping, burbling brass until – as if infused with the Latin spirit of cohesion – the band’s errant, destructive power is at once subsumed into an expression of collective harmony.

Listeners emboldened by claims that ‘Nilssen-Love’s connection to Brazil is strong… influenced by Brazilian music he’d hear on records’ and Miles-referencing titles like ‘Circle In The Round’ may be disappointed not to hear the more of the sort of tightly wound ethno-fusion-jazz compositions that Henry Threadgill and Davis have occasioned, though there’s no shortage of infectious mirth nor mayhem at any moment. The music is more of a dialogue between the respective styles – hardly surprising given the spontaneity of the meeting – but I would be interested in hearing the group(s) taking things a step further and actually integrating their respective sounds more deeply into the weft of the music, as well as having all hands on deck at all times.