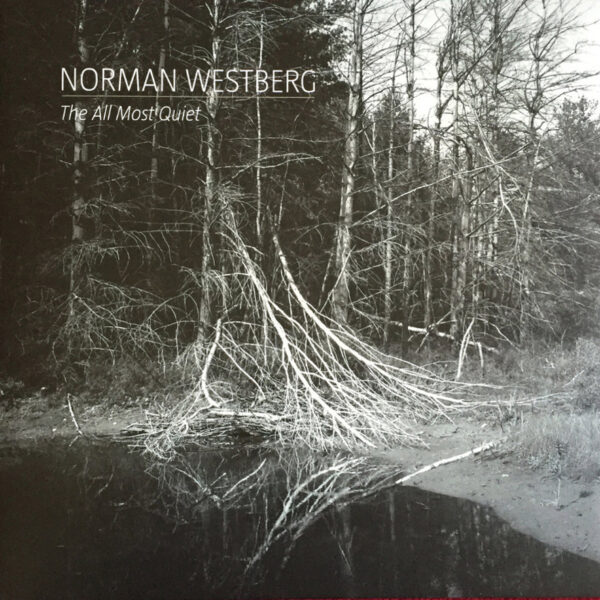 Regular readers will have noticed a couple of reissues of recent-ish Norman Westberg CDRs which have been coming out from Room 40 in Australia. Here is Westberg with an all-new solo album The All Most Quiet (HG1605), released on the Swiss label Hallow Ground, current home to Andrew Liles and Colin Potter, as well as the unusual experimental dub combo Driftmachine (noted here). The press notes are keen to point out how Norman Westberg can be seen as “the quiet one” in Swans, a band notable for their punishing high volume and uncompromising stance on stage (apparently they are still touring), and The All Most Quiet showcases two examples of Westberg’s ingenious and single-minded approach to the generation of rich but simple guitar drones, enriched with multiple layers and textures, but somehow retaining a calm and focused centre in the middle of a small, controlled storm of sound. The seamless production of the title track is astonishing in its near-perfection, the burnished and blended guitars creating an intense sensation of some implacable benign force, like a mist of gas slowly descending over the listener’s body, and hopefully not producing any unexpected side effects such as in The Incredible Shrinking Man. The second cut ‘Sound 2’ is somewhat more agitated and achieves its desired goals through the use of loops and repetition, the rotating soft wheels of sound making their insistent statements with a strange urgency. Both tracks go for the long duration marathon (19 mins apiece), but don’t just fill up empty space with meaningless blocks of sound; Westerberg gives you a lot of content, and a lot of variation, never short-changing the listener. A thoroughly mesmerising maximal record that saturates the brain like a sponge dipped in red ink. Vinyl and CD editions available. From 25 May 2016.