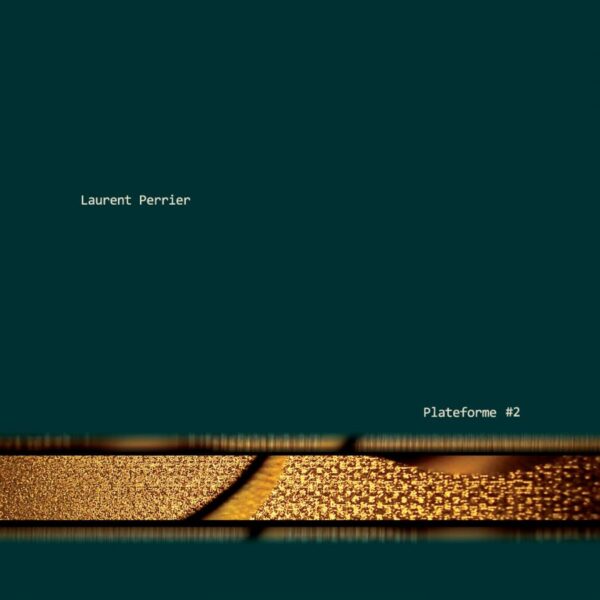 Laurent Perrier’s 2016 album is the follow-up to Plateforme #1, noted here in 2014. On Plateforme #2 (BASKARU KARU:39) it’s more of the same method, Perrier producing lengthy sound-essays based on materials supplied to him by other famed sound artistes. It’s an ongoing plan, and a very disciplined one. Perrier elects to work only with whatever he is sent, no matter what it may be or how long it is. He’s almost signing a blank cheque for his repurposing services, but I do like the idea of setting yourself some restrictions or framework for the music to happen in, or it might become just another “remix” mail-art thing of which we had a surfeit in the 1990s.

Perrier assumes that the material that arrives on the USB stick is wholly representative of his collaborator’s personal style, or to use his own expression, their “usual soundworld”. His challenge then is to make sure that he preserves that distinctive fingerprint, so that no matter how much he processes and reprocesses, the finished results are identifiable as the work of someone else. First name to pass through the benign mill of digital mixage is Francisco López, the prolific Spanish maestro of rich field recordings, currently riding the high wind of his ecological concerns and illustrating the plight of planet Earth through the recomposed contents of his hard drive. Perrier offers us a more compressed and slightly more fast-moving vision of the López world; as if 18 hours of video were being watched by a channel-hopper with a fast-forward button. López never sounded as “processed” as this, but we do get to the essence of the original through this Perrier rendition.

Founding LAFMS member Tom Recchion will never be accused of flooding the market with too many records, and we haven’t heard him here since 2012’s Proscenium for the Elevator Bath label, a record which wasn’t a core release by any means and more a by-product of some incidental stage music for an Edgar Allen Poe production. Even so, I always associate Recchion with a palpable atmosphere of his own, and admire the effortless technique by which he achieves his unusual compositions. Laurent Perrier somehow manages to miss both the atmosphere, and the economy; I can barely recognise Tom Recchion in amongst these polished but faceless digital sweeps and drones.

Third and final name steps forward to the podium. Christian Zanési is a French composer who studied under Schaeffer and Guy Reibel and was director of Ina GRM for nearly 10 years. It’s to my discredit that I haven’t ever heard his music, and I intend to try and find a copy of Stop! L’Horizon as soon as I can 1; it compiles three of his 1980s compositions and looks like a good place to start. If it’s anything like this track as repurposed by Laurent Perrier, it looks like I’m in for a great time. Although this piece is still blighted with the rather glib use of super-fast digital edits and the use of one too many filters (a charge we could level at the whole album), these 24 minutes have a stern purpose and darkened sense of focus which is less evident on the rest of Plateforme #2. As such, this piece alone might be worth the price of admission. From 15 June 2016.