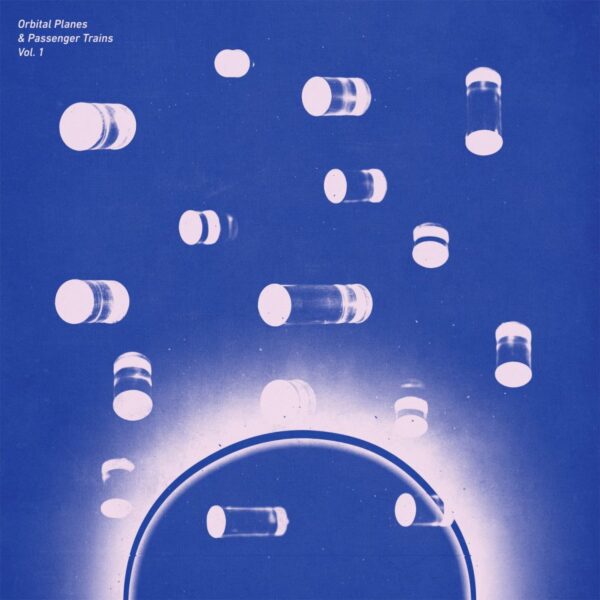 Pastoral label Serein from Wales have been home to some delicate but occasionally beautiful electronica records of late, including the sumptuous countryside fantasies of Huw Roberts who plays as Hidden Rivers. The label has recently issued a compilation featuring 16 new cuts from many of the names on its roster, and packaged the results as Orbital Planes & Passenger Trains Vol. 1 (SERE010). The idea behind this release is threefold – it’s a comp you can play on your headphones during your daily commute; it can relax the mind and body; and it can stimulate the imagination. As to the first theme, a few of the track titles are vaguely associated with “places”, if not with the actual act of travel. As to the third theme, the heavily-processed ambient drone music that greets our ears for most of this album might be an appropriate soundtrack for you to conjure up imaginary worlds, some of them with an idyllic science fiction undercurrent, such as the ‘Floating City’ of Dan Abrams, the ‘87 Billion Suns’ of Strie, or the ‘Solaris’ tune by Yui Onodera & Chihei Hatakeyama. As to the second theme, the entire album does indeed have the declared effect: “will calm the mind and soothe the spirit”. It’s not all soothing electronica and processed loops though, and those with a taste for calming piano fugues can enjoy the acoustic piano work of Otto A Totland, who features on two tracks here. Nothing wrong with all this ultra-pleasant and soft-focussed music, although for me the most successful piece here for me is ‘A Lightless Volume Of Water’ by Donato Wharton, the Cardiff prodigy who grew up in Stuttgart and enjoys a successful career there in sound design and underground digital music. His cut has a little more by way of light and shade and occupies a psychologically ambiguous area, unlike the other wistful and sunlit pieces here. From 6th July 2016; available as a vinyl release, and a luxury edition with a screenprint (CD edition is sold out).