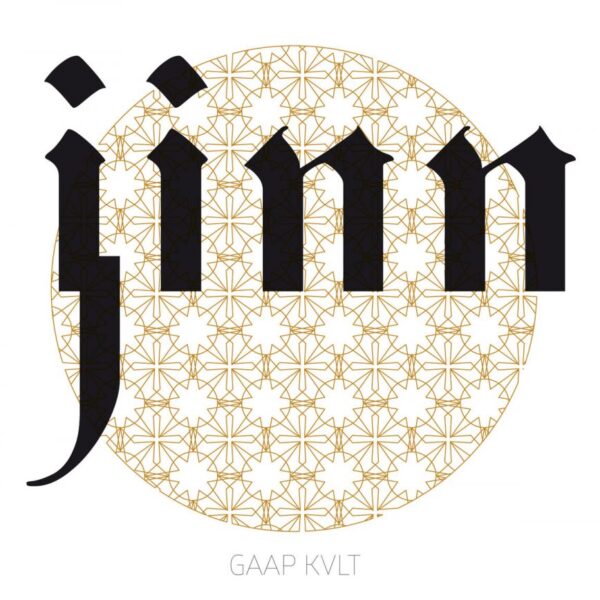 Last noted Gaap Kvlt with his 2014 record Void; here he is again on the same label with Jinn (ZOHARUM ZOHAR 123-2). Gaap Kvlt affects an air of mystery, so we don’t know if it’s just one person or a group, though they display a penchant for esoteric pseudo-ceremonial drone and solemn techno beats in line with other releases on this Polish label. Jinn is vaguely trying to make some statement about the “sun-baked Moroccan deserts”, and possibly referring obliquely to the writings of American ex-pat writer Paul Bowles, who lived in Tangier for most of his life. I confess to knowing little about the work of this writer, though I appreciate there’s an aura of cultishness about him and his works that attracts some; it may be his sheer isolatedness, the fact that he couldn’t really connect to modern life and lived in solitude.

Gaap Kvlt doesn’t make much of an effort to interpret or explain Bowles’ work, but that may not be the point of the record. Its maker or makers trade in deeply mysterious ambient drones and atmospheres, occasionally propelled by implacable processed drum beats; apparently much of the fabric was derived from field recordings made in North Africa. The cover design by Mirt does its best to capture the essence of a Moorish mosaic. The “Jinn” of the title meanwhile probably refers to a demon or spirit found in Arabian and Islam mythology, and the track titles refer occasionally to prayer and to death, for reasons that are not entirely clear. Content-wise, this is something of a pan-cultural stew, with shallow and non-specific allusions to matters which have not been well understood or digested. Musically, the record has its moments, but the unremittingly self-important tone becomes wearisome. From 4th July 2016.