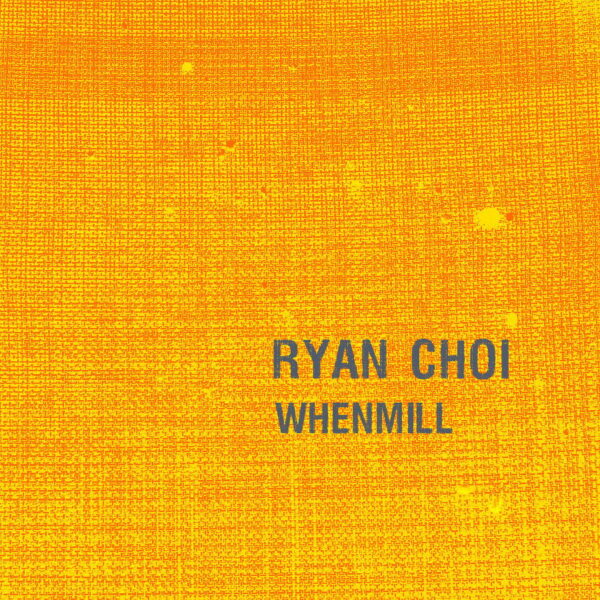 We last heard the music of Ryan Choi, a Hawaiian composer and musician, with his record The Three Dancers which was unusual for being a musical interpretation of a painting of Pablo Picasso, and for being improvised entirely on the ukulele. Four more uke improvisations can be heard on Whenmill (OFF-RECORD LABEL ODG049), another strong set and one characterised by its compaction and brevity. If you heard this “blind”, chances are you’d mistake the music for avant-garde compositions for the classical guitar; it’s got a certain gravity and aloofness that indicates the performer and composer has something important to say, and the occasional dissonances are like the sort of thing that Luigi Nono might have scored for the nylon-stringed devil of the airways.

Choi is proud of his distinctive technique, which involves unusual tunings of the ukulele, a very pronounced attempt to wring “experimental harmonies” from the strings, and an approach to fingering which I guarantee you will not have heard on record before. He hits notes with a clarity and precision that shows effortless skill, but he’s not interested in loud volumes, and the understated tone of these recordings is quite remarkable. Yet if you listen closely, the bold and adventurous leaps of imagination he’s making in these improvised tunes are truly something to behold. It’s like listening to a magician casting the most outrageous spells against the world, yet doing so in a quiet, mumbly voice. Evidently, it takes our Hawaiian magus some considerable time to work himself into the desired frame of mind, since this record has had a three-year gestation period.

As to the content of this release, it may have something to do with Don Quixote, but this is something of a wild guess on my part; one is always looking for clues in this line of work, and I base my assumption on two titles here, ‘Quixona’ and ‘Whenmills’. In Choi’s take on the theme, if indeed it is a take, windmills become “whenmills”, which is a brilliant portmanteau word which Humpty Dumpty would have been pleased with (you recall he found a number of these when he explained Jabberwocky for Alice). One can only speculate as to what a “whenmill” may mean for Ryan Choi. Don Quixote I believe charged against windmills with his lance because, in a delusional state, he thought they might be giants. Today, these giants clearly have some extra power of time-travel associated with their other strengths, and trying to tilt against a “whenmill” means you’re interfering with the world of high finance with its five-year spending plans and future cost breakdowns. No wonder Choi thinks of himself as a surrealist. A splendid record from 11 July 2016.