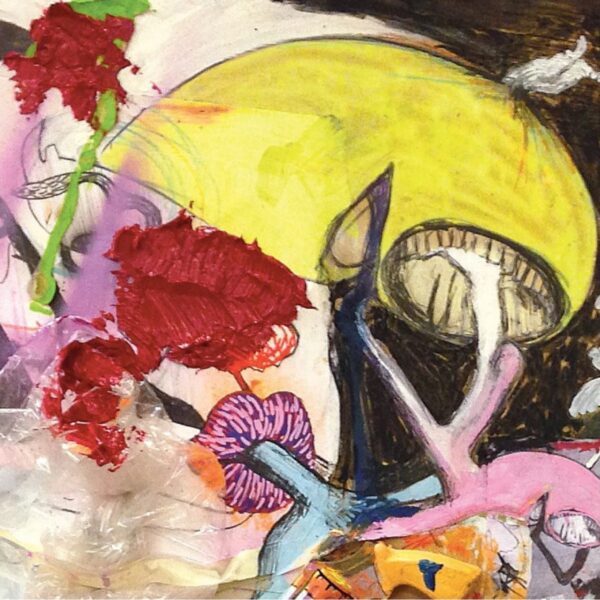 Courtesy of the lovely Petter Flaten Eilertsen we received a bundle of goodies from Oslo. Included in the bag are four cassettes on the Kassettkultur label, proudly announcing their return after a “four year hiatus”. Among the releases is one oddity by Jono El Grande, a Norwegian composer who is entirely new to me. On the strength of Der Tod Der Gegenwartsmusik (KULT 016), however, we’re ready to award him the laurel wreath for madcap of the year, given his endearing zany antics on both sides of the tape. What greeted us was two short suites (circa. 11 mins apiece) of lively and demented stuff that freely mixes styles – pop, classical, jazz – with no reverence whatsoever, and a great sense of fun and discovery. In places it reminded us of Frank Zappa, back in the days when he knew how to have fun too; we say that because of Jono’s penchant for speeded-up tapes, strange voice interludes, excessively complex orchestration, and “impossible” speeds for musical performance. It’s possible perhaps that this work is mainly done by sampling and computer editing, but that matters not one whit when you’ve got such a tasty pizza with so many delectable toppings, served to you by a hilarious waiter on roller skates and dressed as a gorilla. Take a look at the cover art…also drawn by Jono El Grande…and you’ve got a strong visual equivalent of the music for your mental stomach to digest. This amiable loon seems to have spent much of his waking life forming “imaginary” bands and crazy music in his own mind, starting with The Handkerchiefs when he was aged ten, and a number of bands that only existed for one night – including The Terror Duo, Black Satan, The Pez Dispensers, and Acetaded Beat – before disappearing in the sky like so many fireworks. Be sure to seek out his earlier releases on Rune Grammofon and Rune Arkiv, if you find this polymath loopiness to your taste. From 19 July 2016.