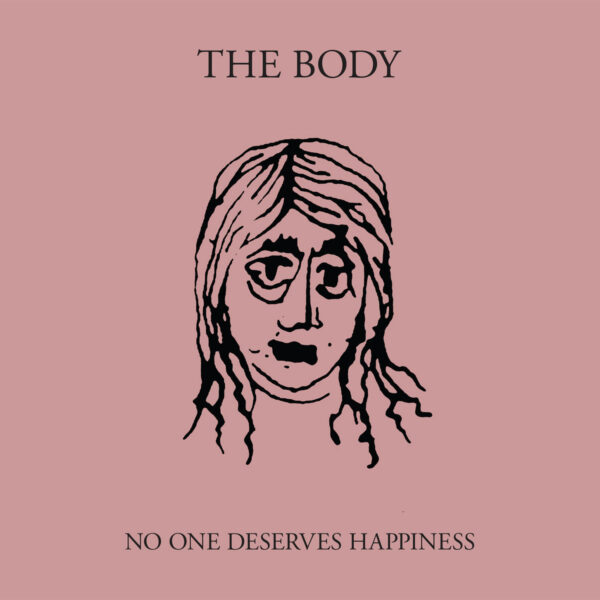 I admit I haven’t followed The Body’s progress in sludge / doom metal much since the duo released “All the Waters of the Earth Turn to Blood” several years ago. In that time, the band relocated from Rhode Island to Portland in Oregon and released heaps more product (mostly collaborations, splits and EPs) than I can keep up with even if I were to commit myself to listening to nothing else. The band’s fifth album would have passed me by too if I hadn’t stumbled across it while looking for something else (that always happens, doesn’t it?) on Youtube.

Even a casual first hearing tells me how much The Body has grown in the range of music and subject matter they’re keen on covering: this album is very song-oriented, even inclined to rock / pop thanks partly to frequent collaborator Chrissy Wolpert who lends her larynx to a number of songs, and to vocalist Maralie Armstrong on “Adamah” and “Shelter is Illusory” who comes across as an underground metal answer to Adele. There are plenty of influences from genres like industrial, noise and hiphop, and electronic instruments and effects are present across the album. But at heart The Body is still a sludge / doom beast with Chip King managing an astounding act of playing guitar in time with Lee Buford’s drumming and the other guest performers while screaming his lone-outsider-prophet-in-the-wilderness shrieks in a way at variance with whatever his hands (and everyone else) are doing.

The best tracks are those where The Body incorporates influences from other genres into the sludge / doom template to produce a very layered, unique fusion that simply couldn’t exist if any one of its parts were removed. “Shelter is Illusory”, combining swooping and snapping electronics, doom grind, a thumping tribal-drum percussion rhythm roll, a siren’s voice in the background and frying noise, is one such track; “Two Snakes”, including hiphop rhythms and sound textures along with guitar and a gritty drum machine, is another. “The Fall and the Guilt” is a beautiful song whose structure relies entirely on sung lyrics by Wolpert over disjointed piano chords, a lazy violin and a running gritty industrial drone texture layer.

On the other hand there are too many songs that repeat over and over without coming to a definite resolution of their ideas, or where King’s hollering and whooping carry on endlessly without much change from one track to the next. One gripe I have also with the album is that there are many good and varied tracks that are too short and could do with a longer treatment and development of their musical themes and ideas that might lead The Body into even more interesting and offbeat detours.

As it is, even with its repetitions, this album is very brave and adventurous, taking its creators and their fans far into new worlds musical and non-musical. On one level there is plenty of discovery and the joy of creating incredible musical combinations yet at the same time this is a highly accessible recording with themes of doomed love and loss. It may be heavy going for a lot of listeners but I’m sure most people will be very satisfied, even over-sated with musical richness, after the last song has played.