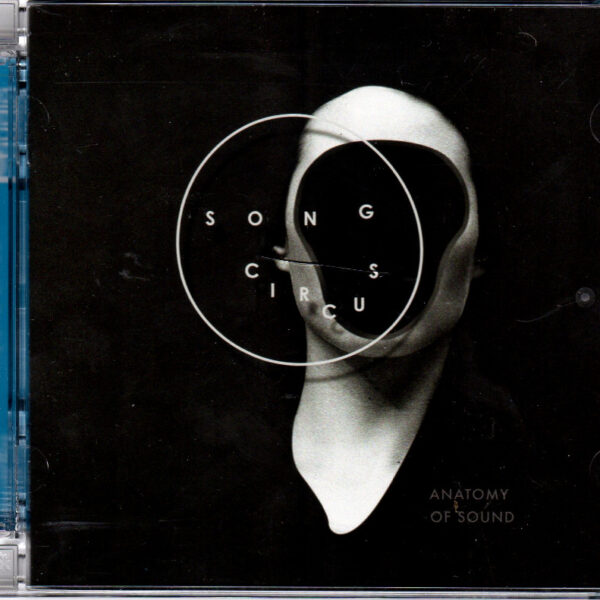 The Norwegian Ensemble Song Circus are a seven-piece of vocalists, led by their artistic director Liv Runesdatter. Their Anatomy Of Sound project appears to be an ongoing thing for the years 2014-2018, and involves working with a number of modern composers…they’re trying to get into “the very microlevels of sound anatomy”, as they would say, which involves working away at microtones with their voices, exploring certain acoustic spaces, and the timbral qualities of certain objects. On the particular release we have before us (2L RECORDS 2L-117-SABD), they perform a 12-part suite called Landscape With Figures, composed by Ruben Sverre Gjertsen, a contemporary Norwegian composer. There’s a longer 70-minute version which involves and orchestra and live electronics, but this is the 44-minute version for vocalists with live electronics, a work whose full realisation involves a complicated set-up in the performance arena, where the vocalists and other musicians are positioned in the audience, and careful microphone placement is needed along with a large loudspeaker for acousmatic playback. Clearly this “Landscape” is very much about “spatial awareness” in a big way, which may be one reason why it appeals to the members of Song Circus. This may also account for why the record has been released on a Blu-Ray disc and an SACD on this package. The former probably allows 5.0 surround-sound playback for those who have the right set-up at home (I don’t, sadly), and permits a truly immersive experience. Even so, the sound on the normal CD is pristine and sharp to an extremely high degree. Gjertsen has studied the work Trevor Wishart and Brian Ferneyhough, and absorbed their ideas about “systems of notation and composition”.

Buried somewhere at the heart of these whispering voices and atonal vocal acrobatics, there may be some textual material derived from the work of James Joyce. It’s hard to make it out though, and it may also be mixed up with other texts from Demian Vitanza, the Norwegian novelist. While there’s a nice set of anagrams using the words “Finnegans Wake” printed in the booklet, I’m not sure is this is anything more than an addendum. James Joyce’s words and ideas have been used in avant-garde music for some time now, most famously perhaps by Luciano Berio for his Ommagio A Joyce, composed in the late 1950s, and there’s also John Cage’s Roaratorio from 1979. I’d like to say Landscape With Figures is a worthy addition to the canon, but it doesn’t really succeed when measured up against either of those two predecessors, or against the work of Joyce itself. However, representing Joyce may not be the central aim of Gjertsen, and the cumulative effect of these mysterious fragmented voice murmurs and splintered electronic sound is quite pleasing. However, it also feels oddly old-fashioned; this could easily have been released in the mid-1960s on the Music Of Our Time series.

The second work on the disc is Persefone, composed by Ole-Henrik Moe, another Norwegian modernist who is also a classically trained violinist. This work calls for five female voices, who also lay “an orchestra of wine glasses” – the so-called “glass harmonica” that can produce pleasing high-pitched continual sounds. The Persephone of classical mythology was, among other things, the queen of the Underworld – a notion that is most likely to have preoccupied the mind of Moe when he created this slow micro-tonal work. Landscape With Figures sounds positively bustling with activity compared with this largely static set of haunting, abstract murmurs and howls. The voice of Persephone is a many-layered beast, like that of a thousand owls and sad lonely wolves.

Throughout both pieces, Song Circus perform flawlessly. In fact their performances are almost inhuman in their clinical perfection, and if we add the super-human clarity of these recordings and the very alien, abstract nature of the music, I sometimes wonder what there is left for us to enjoy. Somehow there is a certain pleasure to be found in the coldness of this work, and the remorseless way the music is executed, which may not be anything like what Liv Runesdatter and her crew intend. I think the faceless woman on the front cover is very telling, a visual index of the near-anonymous music inside. From 8th August 2016.