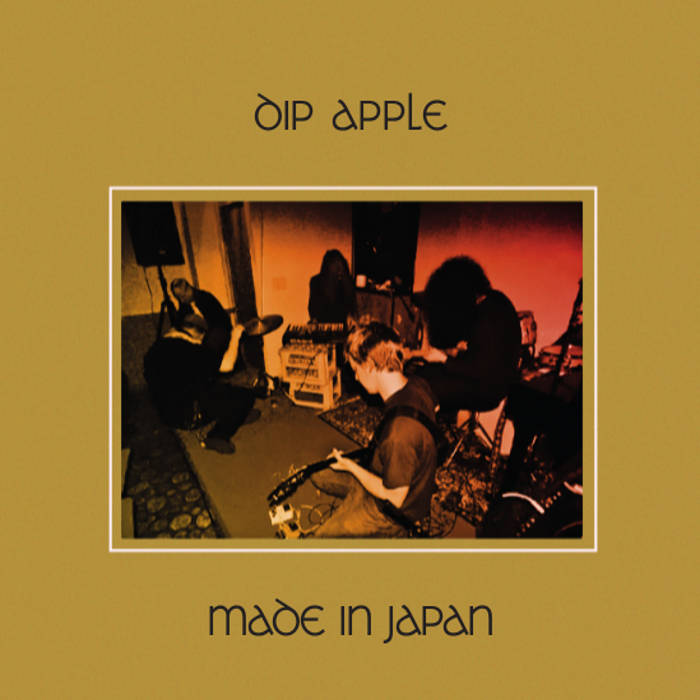 Neatly executed cover art parodies combined with a series of punning/corny (you decide) song titles that usually reference the golden age of seventies hard rawk and whatnot can only mean that this has to bear the signature of head Acid Mother Templar Makoto Kawabata. A whimsy so firmly entrenched that by now, is almost open to parody itself. Hiding behind an easily telegraphed/stoned sense of huma can be a tad wearing to some I can imagine… and there’s plenty of pun per square inch within the workings of Maid Hinge Ape Anne (sorry).

This, their debut full-lengther (obviously) tips its cap to the old Deep Purple potboiler of the same name. And while “Space Fuckin'”, “Dope in the Water” and “Strange Kind of Woman from Tokyo” play tag and custard pie the original titles, there are, as expected, no musical quotes from the Gillan/Blackmore-era 1 found lurking in all this spaced-out/psyched-out activity. Business as usual in other words.

Harking back to March 2007, this archival glob of live recordings from this Japanese/Norwegian alliance sees deleted pupils Kawabata and fellow A.M.T.’er Hiroshi Higashi joined by members of LSD March, Kobi and Origami Arktika, crewing a compact but bijou spacecraft traversing a lava lamp universe a la ‘Barbarella’. One unusual feature that does deviate from all their norms, is the apparent lack of a conventional rhythm unit. Anyone expecting the propulsive clatter of a Simon King-like figure here might feel a little short-changed. The barest glimmer of bass frequencies and the scant use of percussives find themselves swamped by shards of gliss-guitar, bludgeoned by dense riffola and dazzled by vivid shades of Tim Blakean-styled circuit-bending. This chaotic anti-music of the spheres reverts to a heaving dronescape with the closing “Strange Kind of Woman…” which loses Kawabata san, but gains someone or something (?) called Tomo; (a.k.a. Transcendental Organic Magical Objective). Be he machine or be he carbon-based life-form, like Keiji Haino, he sure do crank out some righteous hurdy-gurdy!

A three-way release shared by the Apartment, end of Hum and Synesthetic labels, which is issued in a limited edition of 250.