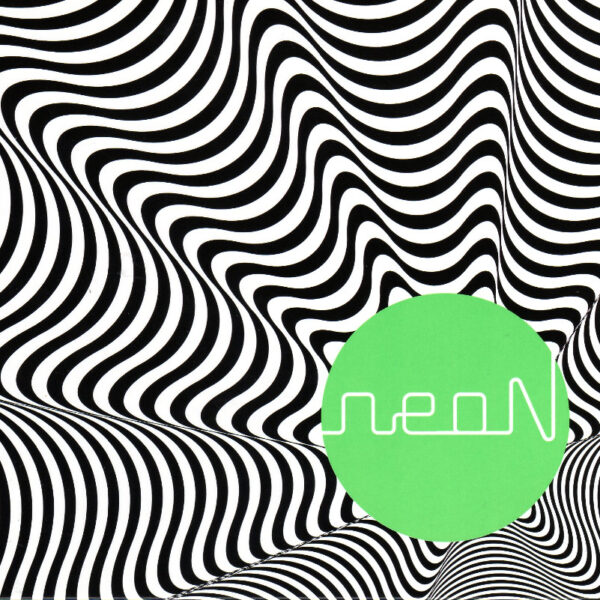 Striking set of contemporary avant-garde music by the Norwegian Ensemble neoN on their self-titled debut album (AURORA ACD5084). The confidence, enthusiasm and boldness of their playing is remarkable for a debut set. Jan Martin Smørdal and Julian Skar formed the Ensemble around 2008, recruiting from fellow musicians trained at the Norwegian Academy of Music in Oslo; they’ve been playing concerts ever since, mostly in nearby parts of mainland Europe at venues and festivals, but in 2016 they made it to New York. There are nine musicians, two composers (both represented on this album) and a conductor.

All five pieces are worth noting. ‘Travelling Light 2’ is composed by Kristine Tjøgersen; it “might take place inside a camera lens” according to the sleeve note by Jenny Hval. I found it a fascinating conundrum in musical form. Huge gaps where you least expect it punctuate the weird microtonal sounds. Mini-droning effects from woodwinds, obsessive whines from strings and percussion. The composition deals in vaguely obsessive repetitions of a phrase, or an idea. I can’t quite grasp it. A wonder in miniature, aided by the strong dynamics of the performance.

Jan Martin Smordal composed ‘My Favorite Things 2’, a “game of other people’s memories” according to Hval. To me it resembles a clunky steam engine from the 19th century being constructed in sound and lurching into life. A chamber piece that “shunts” along in an endearing manner. Piano and percussion act as the pistons, the flute and woodwind provide the steam. I like the unexpected pauses, the broken metres, the crisp sounds. But the whole album is beautifully recorded that way.

It’s no surprise to the world that we can consider Oren Ambarchi, the Australian musician who developed his own unique sound on the amplified guitar, a composer nowadays. He worked with James Rushford on ‘Monocots’. This is a wild and wacky one…sound effects of water are poured into a carafe and the mysterious gasping whispering lady is briefly glimpsed. An acoustic guitar wanders around in a detective novel. Vibes and flute create wonderful plangent chord shapes in the background. This “develops” a bit better than what we’ve heard so far. A real structure to it, but an oddball one, which is why I keep thinking of it as a detective film noir or mystery novel. If Morton Feldman had been asked to score Farewell My Lovely…this might have been the result. Highly unusual and very special. Now I must check out the Wreckage album (2012) by this pair, on the Norwegian Prisma Records label.

For their fourth outing, the Ensemble have a crack at one of the Grand Bosthoons of Minimalism, the great Alvin Lucier (who bestrode the Lovely Music label like a gigantic Bird and Person). We feel bound to expect a certain degree of ascetic restraint. The players do not disappoint on their rendition of ‘Two Circles’. The 18-minute piece feels like a dream of New York streets and how they used to be in the 1960s. Maybe they were cleaner, longer, narrower, and emptier. They never were that way in reality, but in this dream music anything is possible. If you accept that premise, enjoy the long shadows cast by odd shapes and all in black or white. Lengthy tones sustained and explored to create very tasty dissonances and flavours in the air. Strings, woodwinds, vibes – all merged into brilliant morass, a cloud with solid steel edges. Probably the “best in show” ribbon should go to this majestic slice of modernity.

But there’s plenty surprises still to come, on the final piece ‘Kunsten A Tvile 2’ composed by Julian Skar. Here the ensemble get pretty manic as they effectively turn themselves into a crazy typewriter operated by the world’s most breathless stenographer. The piano and percussion section emulate the keys of that outsize device. Around us we have strings and woodwinds creating a nightmare of unfinished work, forming its own wild tornado right there in the office. This the sort of thing that Sam Pluta and Wet Ink Ensemble should have a stab at, or associate themselves with in some way. The piece is structured to deliver to very alarming upbeat sections with the frantic typewriter effect, and these are surrounded either side by clouds of avant-garde ambiguity. But the wailing woman won’t be placated either.

This really is a very rewarding set, extremely well recorded and produced to a very high standard by all concerned. I feel that Ensemble neoN have a very clear intent and have spent a lot of time honing their craft. The results should do much to reinvigorate contemporary music, an ambition in which I hope they succeed. From September 2016.