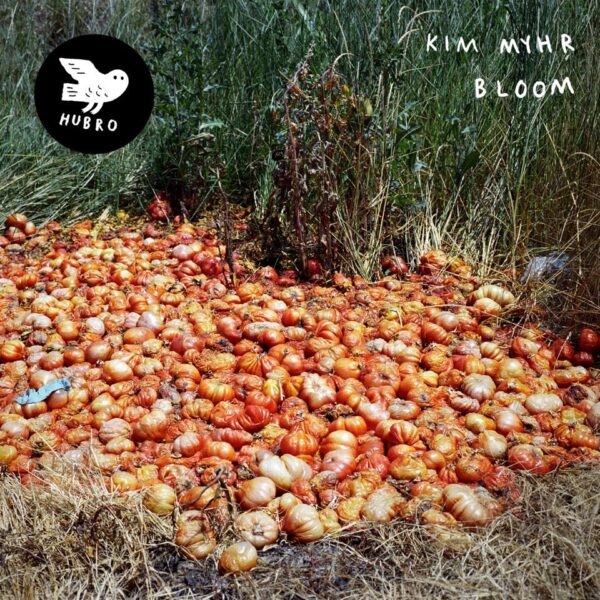 Norwegian guitarist Kim Myhr has been noted in these pages as part of the group Circadia with Tony Buck, but he’s probably more familiar in his home country as part of the Trondheim Jazz Orchestra, and is also known as an experimental guitarist and composer. His 2014 solo record All Your Limbs Singing, not heard by us, evidenced his interest in American folk guitar idioms as well as micro-tonal avant-garde music. Today’s record, Bloom (HUBRO HUBROCD2578), does have moments where it sparkles, but feels sketchy and unfinished to me. Myhr requires time and space to spread out, which is fine, but he wastes most of that time noodling about on the ground pecking for seed when he could be taking off like an eagle and soaring in the sky. Myrh informs us that he had been listening to “Ram Narayan (a distinguished Indian sarangi player) and Milton Nascimento, as well as psych-folk stuff” before he made these recordings, but owning a record collection is not the same as being a composer or being able to frame musical ideas. Bloom merely demonstrates a vague osmosis of some superficial effects from these progenitors, rather than a solid grasp of musical form. ‘Sort Sol’ has some pleasing textures, presumably the result of overdubbing several 12 string acoustic guitars and electric guitars, and weaves its way through changes in the surface without actually achieving very much. ‘O Horizon’ has slightly more grit, and I did like the atonal lite-noise effects Myhr gets from obsessively scratching his fretboard, but this track soon lapses into the tasteful wallpaper that characterises much of this release. I’m sure that Myhr is an accomplished player, and I’m sorry not to derive more pleasure from his intricate work, but this soft-centred and woolly record failed to make much of an impression. From 3rd October 2016.